If we can’t see a little more about gameplay, we have a visual of the Death Stranding cover on PS4… We are only a few months away from the long-awaited launch of Death Stranding, the new game that will feature the famous slogan « A Hideo Kojima Game ». Still scheduled for November 8, 2019, Death Stranding will be the first game from the « Kojima Productions » studio that will be released since the separation with publisher Konami.

With its prestigious cast characters and its concept as only Kojima has the secret, the game has everything it takes to succeed the Metal Gear license, the same franchise that has captivated players for many years.

☆ Note – For those who are very interested in Death Stranding, we advise you to take a look at our article dedicated to actors who give their faces and voices for the game at the following address. In addition to learning more about their roles, you will discover great visuals of the game, just here : Death Stranding characters list (actors / casting).

But let’s get back to our business since today the studio that develops the game has revealed the first visuals of the cover, for the standard edition and the steelbook. Some will find these visuals perfect while others will probably hate them, the fact is that it is apparently definitive in all cases. It features Norman Reedus, aka Sam Porter in the game. 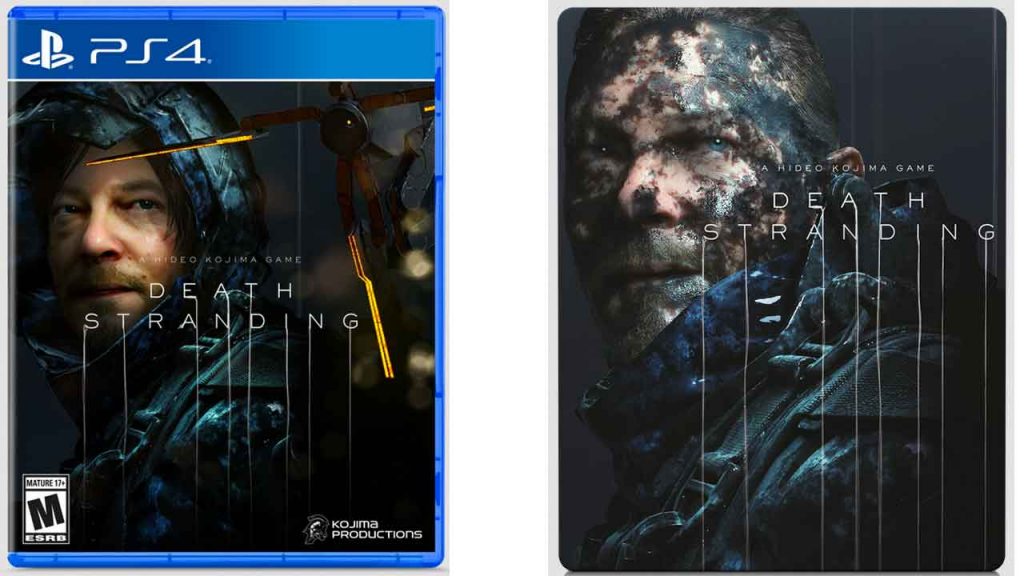