Outward is an open world RPG developed by Ninedots teams. If you have just discovered the game and it has piqued your curiosity, we have a lot of information to share with you about its content, release date, the media on which it will be available, its lifespan or even its multiplayer functions and other things that we suggest you discover next…

What kind of game is Outward ?

Outward is an RPG action in an open world with a survival aspect… When you start the game, you are just a simple villager with a cursed lineage. You start with nothing better than a backpack and have to survive the world around you with little or no indication. Little by little, you will discover what the real purpose of this adventure is and become a true adventurer….

The game is described by its developers as « an adventurer’s life simulator ». Like all survival games, you will need to eat, drink and sleep to keep your character healthy. There is also a management of your equipment, craft of weapons and armor and battles inspired by the Dark Souls series with some subtleties that differ from the From Software series. By playing Outward, you will evolve in the vast world of Aurai where you will face magical and exotic creatures. The world of Aurai is divided into four distinct regions with many secrets to discover.

When does Outward come out and on which platforms ?

We are very close to the release of Outward, the game is expected on March 26, 2019 both in digital and physical version on PlayStation 4, Xbox One and PC. 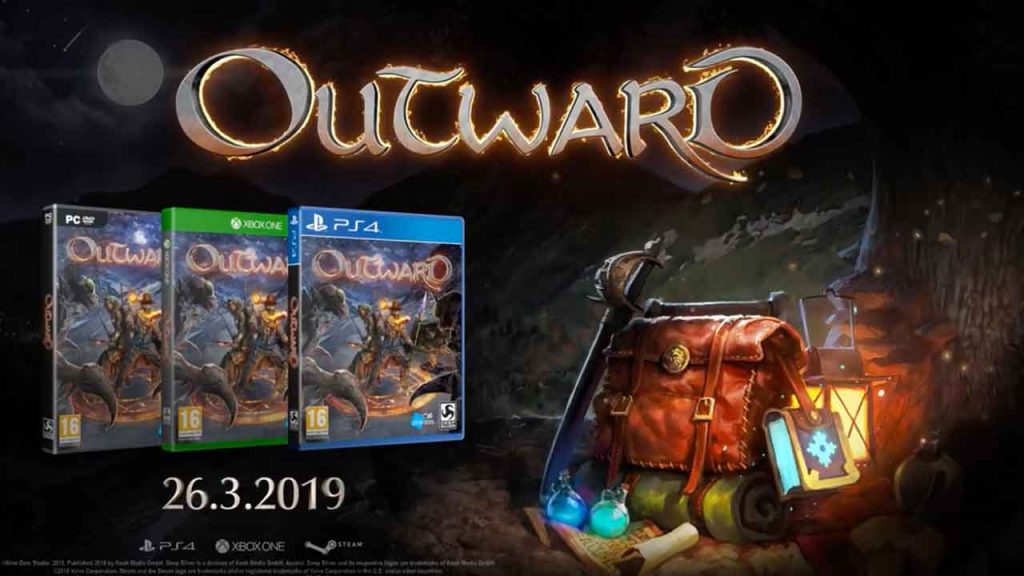 Outward, a game in the first person or the third person ?

Outward is a game that is played only from a third person point of view, which means that you always have a view of your character and his equipment.

Is there a character editor ?

There is a character editor in Outward. On the other hand, it is not a very deep editor… You can change your face, sex, hair style, hair color. But even if the game has different races, you can only be a human being.

Can I choose a class when creating my character ?

In Outward, there are no classes, but you can choose from eight different skill trees, three of which you can fully complete as you progress through the game. Note that as the adventure progresses you will be able to cast spells like a magician and you will also get an invocation technique.

Is there a tutorial to understand how to play Outward ?

Yes, the game has various tutorials on its features, but the developers have indicated that you shouldn’t expect Outward to hold your hand.

Does Outward have a story where it’s just a survival game ?

Yes, Outward does have a story. It’s up to you to discover the history of the game by travelling the world! There are three factions to join, which makes three potential stories. Note that the developers have indicated that it is possible to play the game without following the story, but that you will miss a lot of content. 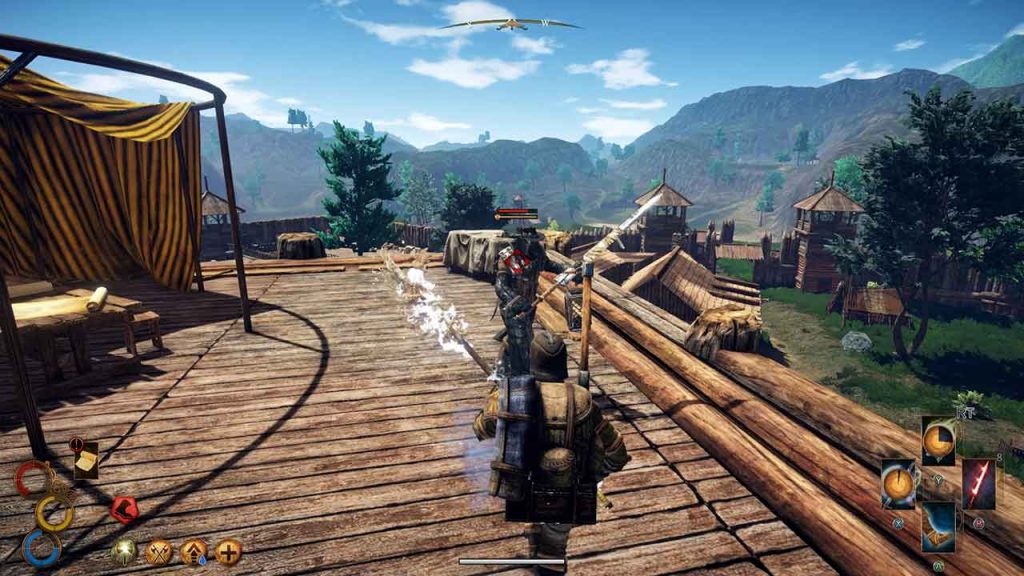 How many hours can we finish the Outward adventure ?

According to the developers, it is possible to finish Outward in 40 hours, but to really discover what the game has in store, the Ninedots teams think it would take at least 80 hours. Add to that the possibility of joining several factions and creating different characters and you get a colossal lifespan…

And no cheating possible since the game constantly and automatically saves the player’s progress so that there is no return possible after a choice.

Is there a limit to the number of characters we can create ?

According to the developers, there is only one limit to character creation… It is the storage space available in your console or PC.

The creators indicated that no, but they are not closed to modification of the game by the community… On the other hand, they indicated that there will be no official mod support with tools provided by the development team.

Is it possible to play cross platform at Outward ?

Since Outward offers multiplayer features and comes out on multiple platforms… you might want to play with a friend who plays on a different support from yours… unfortunately, Outward will not have a cross-platform feature.

How many players can play together in Outward ?

In Outward, you can do the two-player adventure in cooperation. The game can be played either on a split screen or online by invitation. 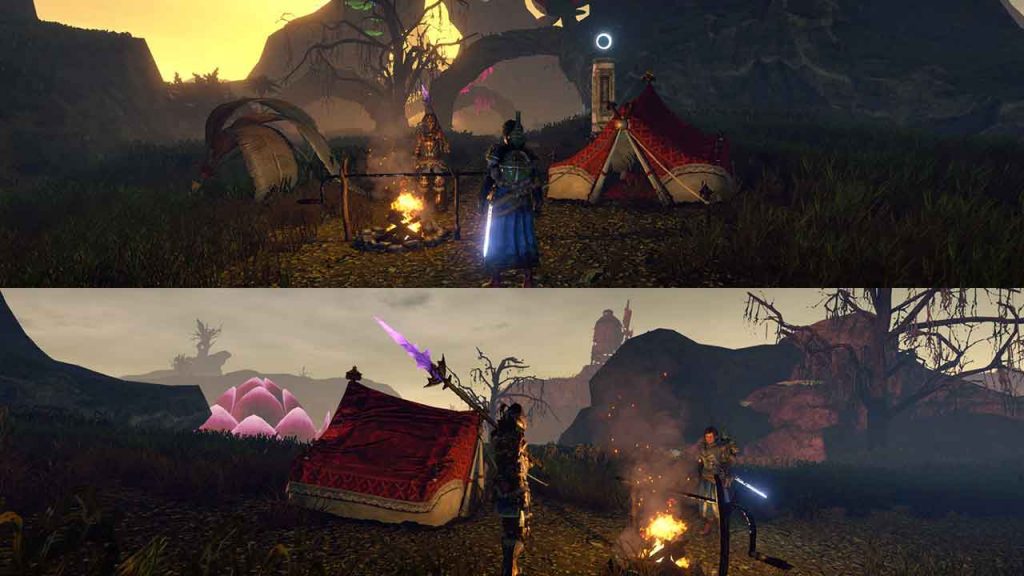 Note that the game does not have matchmaking, you must know the player who joins your game. Note that in Outward you don’t have to constantly follow your teammate… You can move away from each other as long as you stay in the same playing area.

Do you need an internet connection to play Outward ?

Outward is above all designed to be a solo adventure which means you don’t need an internet connection to enjoy the game. On the other hand, if you want to play online in co-op you must be connected to the internet.

According to the developers, the health points and overall power of monsters are more than doubled when two players are present in the same game… They even indicate that in some cases additional enemies may appear.

How to find your way around with the map or compass in Outward ?

A compass, a map, but no indication of your position… In Outward you have with you a map of the area and a compass, but there is nothing to indicate where you really are. You must use all the visual cues on your compass and map to locate your position… Otherwise you are lost and the game will not help you find your way back.

Is there a system of friendship or romance ?

In Outward, there is no romance, but the game has a system of friendship.

tips guides and wiki outward
Share. Twitter Facebook Pinterest LinkedIn Tumblr Email
Previous ArticlePokemon Go how to get the legendary Rayquaza (when to capture it and how to beat it)
Next Article Where is Apex Legends with anti-cheat measures and crash / lag resolution ?