Major news is currently running in the Fortnite community and is starting to make a lot of noise. A meteorite (or comet) would approach in the sky and prepare to destroy Tilted Towers the city that attracts the most players. Several sources agree on this possibility… But why ?

The reason is rather simple, a few weeks ago players discovered event files in the PC version of Fortnite with for phase 1, the appearance of a comet and a phase 2 that shows the vortex that has recently formed in the sky and that is easily visible by looking at the sky. Yes, take a few seconds to look at the sky of Fortnite and you will see a menacing blue light that seems to indicate that something is coming. 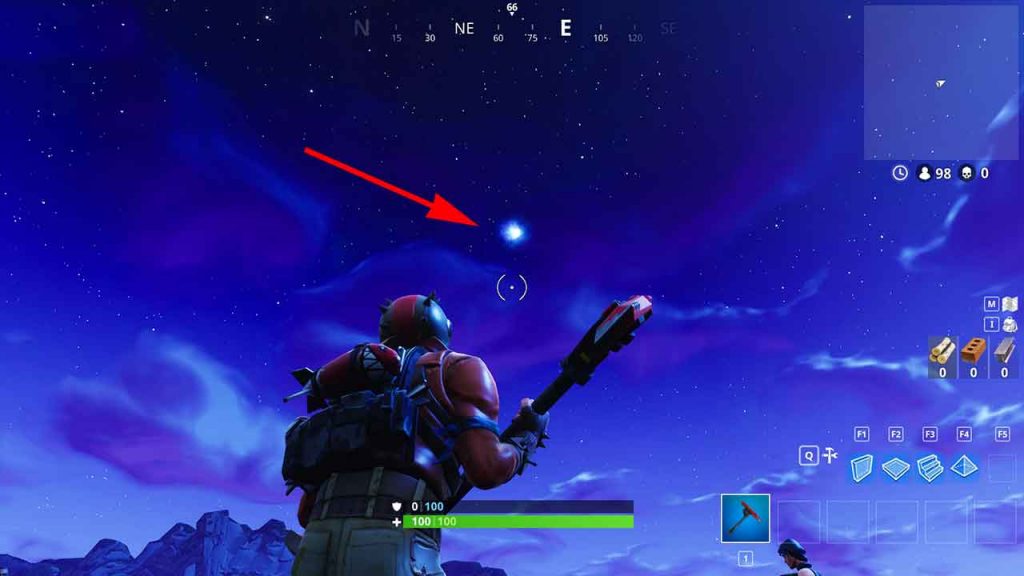 To support the theory that something huge is coming up, you can go to the point indicated by the MAP below in the game to see the presence of several telescopes that seem to show players that it is necessary to look into the sky. All this is not a coincidence obviously and the presence of various elements with the name « comet » in the files of the game indicate that an event will happen soon… Remain to determine, how, when and why ! 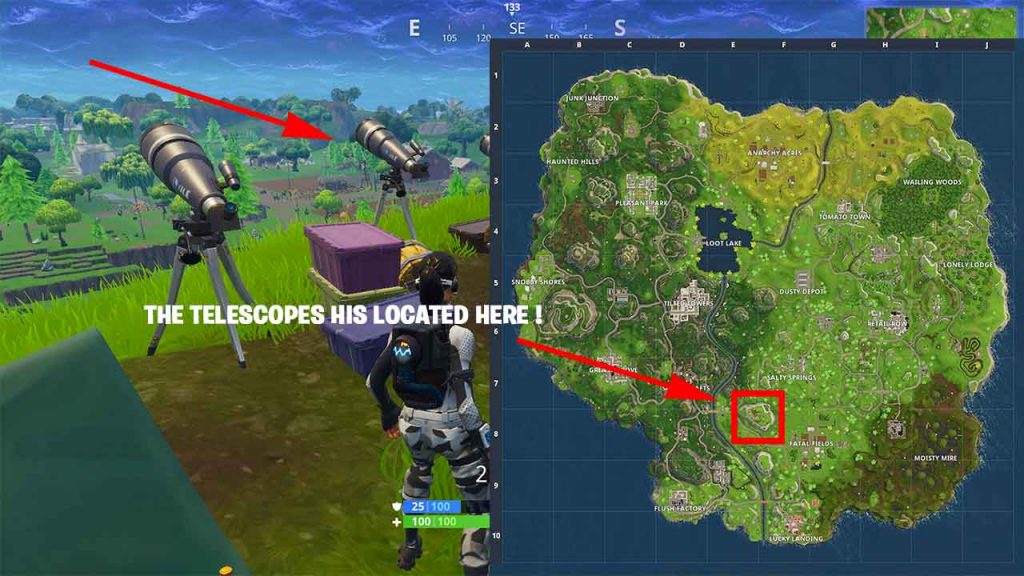 The community thinks Tilted Tower is the target of this comet, as more than half of the players spend all their games there, creating an imbalance throughout the rest of MAP. This may frustrate Epic Games, which may simply decide to destroy Tilted Towers at a specific event. The same sources think that all this would happen at the end of season 3, beginning of season 4 of Fortnite.

Of course, this is all speculation and this comet/meteorite could simply be a big Epic Games joke that is perhaps just getting ready to create an April fool’s joke for the game. All we have to do now is wait and see what happens.