Are you targeting to level up all your Pokemon to 100 ? Are you looking for the best method and the fastest way to obtain a high quantity of experience points (XP) ? Then you’re just in time ! You will find here the best way to quickly bring your Pokemon team up to level 100.

This technique is applicable throughout the adventure and will make sense at the end of the game after becoming a Pokemon League master on the Indigo plateau. We will focus on explaining the « post game » method (i.e. after finishing the adventure), you will see that you can move a team from level 50 to level 100 in less than 3 hours of play.

First thing to do, you have to go to one of the game’s stores to buy at least 200 Ultra Ball and a maximum of 30 Max Lure. This item are used to increase the rate of appearance of some rare Pokemon species, including increasing the appearance of the « tiny » and « huge » variants. A large number of Ultra Ball is required, as we will launch them two by two which can quickly reduce your stock.

Once you have the necessary material to apply the technique, go to the Cerulean cave (you can only enter if you have become a Pokemon master at the indigo plateau). When you enter the cave, cross the small river with the Secret Technique Sea Skim and take the first ladder you see.

Take the two Joycons of your Nintendo Switch in your hands and make a second character appear which will allow you to throw your Ultra Balls in pairs and thus improve your experience point multiplier in case of synchronizing (i.e. throwing both Ultra Balls at the same time). 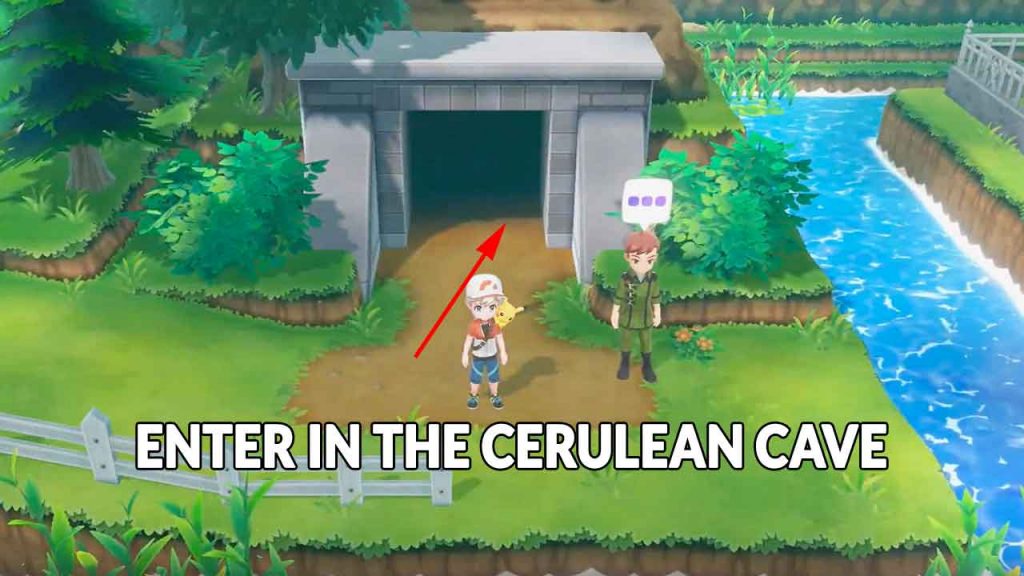 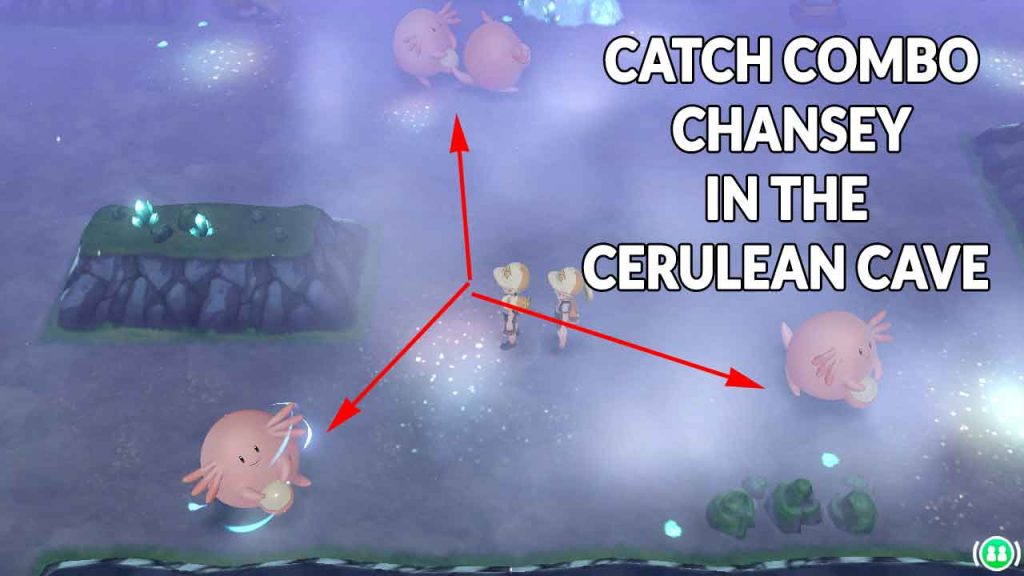 The purpose of the manoeuvre will be to capture Chansey with catch combo in this cave. No other Pokemon, just Chansey. The larger the combo chain, the more the Chansey will show up in the cave. The goal is to capture as many Chansey as possible in « tiny » or « huge » size with a super throw or an excellent throw and a synchronized throw with both Joycons. You can earn up to 60,000 experience points in a single catch.

Make sure you always use a maximum of lure item to increase the probability of having tiny and huge species of Chansey. At the beginning of the operation, capture at the Chansey with combo chain in normal size, you will earn up to 10 000 XP points per catch. After making a combo of 10 catches, wait in the cave until you see « tiny » or « huge » Chansey appear and you will hit the jackpot in case of a catch. 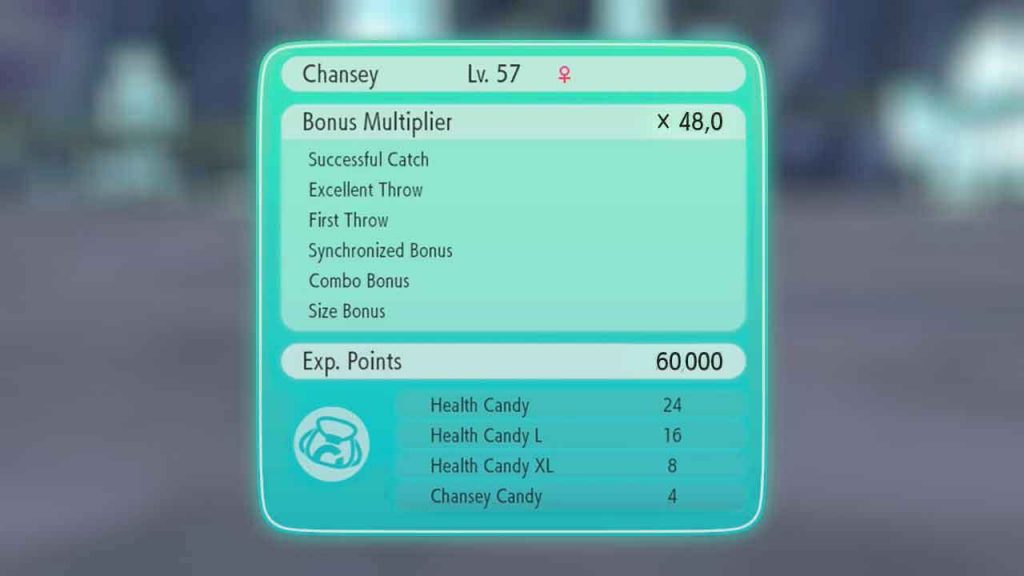 → As you can see on the screenshot above, you can get a multiplier bonus of X48 with the following criteria :

This makes a total of 60,000 experience points to win in a single catch of a Chansey in « tiny » or « huge » size. Be careful, the size of the captured Pokemon plays on the experience points gained, between two captures it will not be uncommon to see variations in earnings… Sometimes only 12 000 points, sometimes 20 000 or 30 000 points of XP. By applying this method, you can ensure that a Pokemon team from level 50 to level 100 is upgraded in less than 2 hours of play.