Nintendo and the Pokemon Company have recently created a surprise by announcing the all-new Pokemon game to be released in late 2018 on the Nintendo Switch. As always available in two versions, both games will be entitled Let’s Go Pikachu & Let’s Go Eevee. Both versions will focus on the first generation of Pokemon and will take place in the Kanto region with a capture system somewhat different from what we used to the series and interactions with the famous Pokemon Go from Niantic.

If you want to know everything about these new Pokemon Let’s Go Pikachu & Let’s Go Eevee games, we’ve put together as much information as possible to prepare you for both games at the end of the year. And to refresh your memory before continuing your reading and discover all the necessary information about the game, we suggest you find the video ad right below.

If the series had accustomed us to choose between three Pokemon at the beginning of the adventure the starter of Let’s Go Pikachu & Let’s Go Eevee will not give great choices to the players since it is the version chosen which will determine the Pokemon obtained at the beginning of the adventure. Those who play Let’s Go Pikachu will have Pikachu and those who play Let’s Go Eevee will play with Eevee. As was the case in the yellow version of Pokemon on GameBoy, your creature will never get into its Pokeball. Pikachu will be placed on the shoulder of the player and Eevee on the head of his trainer. 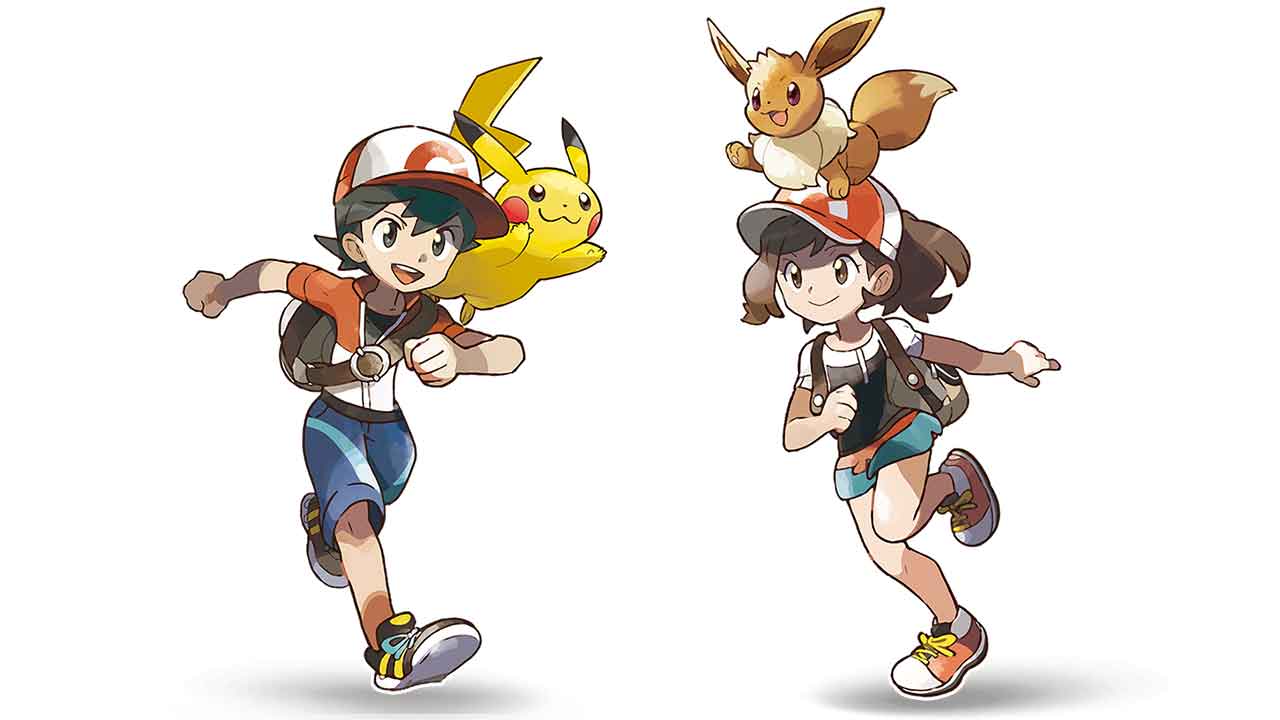 Another important information, Eevee and Pikachu will not be able to evolve during the adventure, nevertheless the players will be able to personalize the two creatures by dressing them in different ways. It will be possible to add a cap to both Pokemon and a t-shirt to customize them.

Be aware, however, that a Pikachu / Eevee that has been captured or exchanged outside the two starting Pokemon may evolve. As far as we know, Eevee will have access to only three of its evolutions, namely Flareon, Jolteon and Vaporeon.

How much Pokemon is in Let’s Go Pikachu & Let’s Go Eevee Pokedex :

Since both games will focus on the first generation of Pokemon (G1) and the Kanto area, there will be a total of 150 (or maybe 151?) Pokemon to discover, capture and add to the Pokedex. The game will also incorporate Alola’s forms and each of the two versions will have its own creatures to capture as has always been the case with the series.

Unlike previous games in the series, wild Pokemon will appear directly in different areas, it will not be necessary to look for a specific Pokemon in tall grass. When approaching a wild Pokemon, there will be no confrontation between your creatures and the one you want to capture. Instead, you’ll have to throw a Pokeball to capture the creature a bit like Pokemon Go, but using your Joycon.

Junichi Masuda, the man behind the many Pokemon games confirmed during a question and answer session on Let’s Go Pikachu & Let’s Go Eevee that they are RPGs as is the case with previous games in the series. Even if the game incorporates a different capture system there will be many fights against other trainers and a system of XP to evolve its Pokemon. There will be two ways to gain experience, fighting and capturing other creatures. According to his statements the players will go through Kanto as was already the case in the Yellow / Blue / Red versions. There will be some interactivity with Pokemon Go to make exchanges, but it will not be required.

Exchanges will work via Bluetooth communication and can only be made in one direction. It is Pokemon Go creatures that can be send to both Let’s Go games and not the other way around.

Will there be mounts in Let’s Go Pikachu & Let’s Go Eevee or HM capacity ?

You may have noticed if you ever checked out the video announcements of both games, it will be quite possible to mounted of his Pokemon in Let’s Go Pikachu & Let’s Go Eevee. It will be necessary that the Pokemon is big enough to be able to be mounted, there will be no CS type techniques to be able to mount a Pokemon according to our information.

As far as we know, the game will not include any online features as such, but it will be possible to play against several players locally or using a WiFi connection. However, the game will not include matchs with a rating. It will be possible to play with two players locally by sharing the adventure with a second Joycon.  The second player who joins a local game can capture Pokemon and participate in combat just like the main player.

When Pokemon Let’s Go Pikachu and Eevee games are released on Nintendo Switch :

Both games will be available in stores and on Nintendo’s eshop from 16 November 2018. They will be playable through a single JoyCon and will integrate transfer features with the Pokemon Go mobile game. When the Nintendo game is released and the Pokemon Company will also market a Poke Ball Plus, an accessory that replaces the Joycon in the game and captures Pokemon. It will even take a creature with us into the real world… The pleasures of technology ! 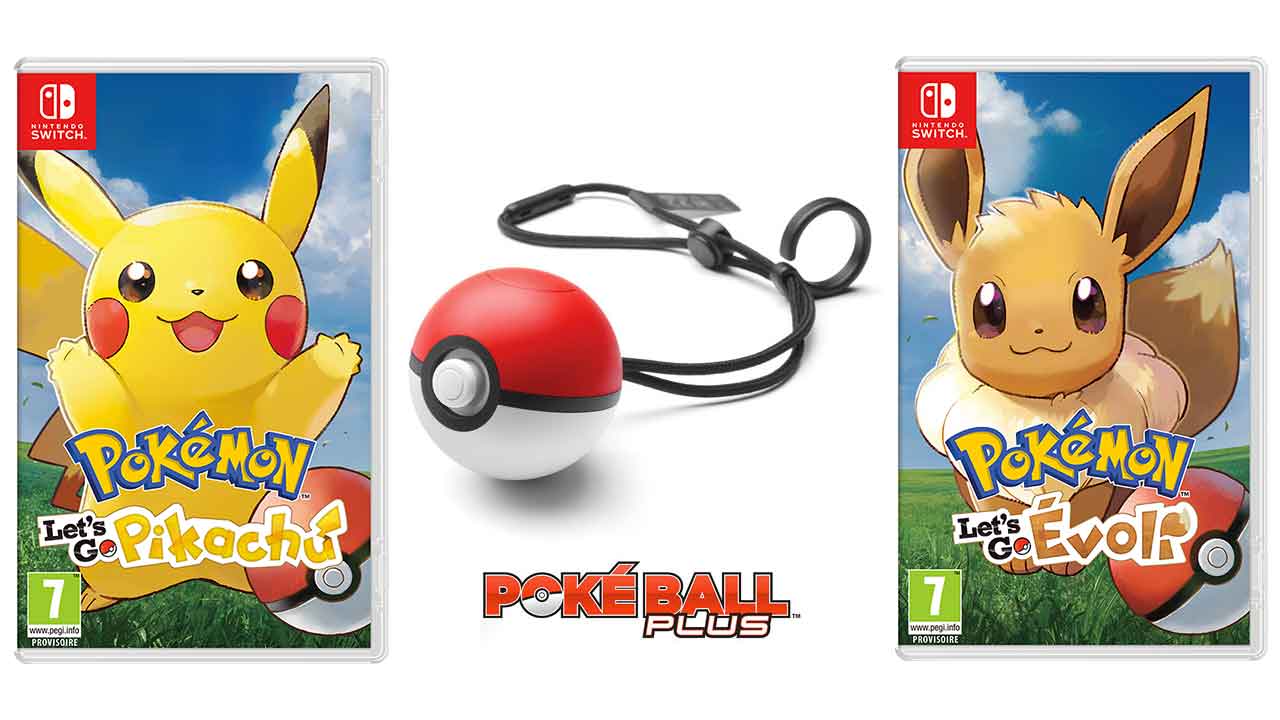