After the winter siege and resistance event, players still active on Call of Duty WW2 can now enjoy the all-new St. Patrick’s Day event deployed with game update 1.11. A new game Map, a new game mode, new equipments and many changes in the Headquarters ! All-green content and many shamrocks to make jealous a leprechaun ! We explain everything about the new features of Call of Duty WW2 version 1.11 !

Get out the green clothes, the elite shamrock brigade is out. On the programme is a new game mode of leprechaun hunting, a new map from an old episode of CoD, two new weapons, the M-38 to send your opponents 6 feet underground without even taking the time to stop you and the MG 81 a weapon which was used to perforate the planes… All on a theme of green dressed as desired by the shamrock & awe operation.

Boom Baby ! As of March 16th, all Call of Duty WW2 players will be able to take advantage of the new Shipment 1944 multiplayer MAP. For those who know, this is a remastered version of the Shipment multiplayer card from CoD Modern Warfare. Shipment 1944 is a Map that has the particularity to offer an explosive experience with rapid confrontations or the hideout has no place !

Note that season pass holders can enjoy the Shipment 1944 today. For the others, it is necessary to wait until March 16th for this multiplayer MAP to become accessible free of charge. Note that Shipment 1944 will still be playable even after the end of the event ! 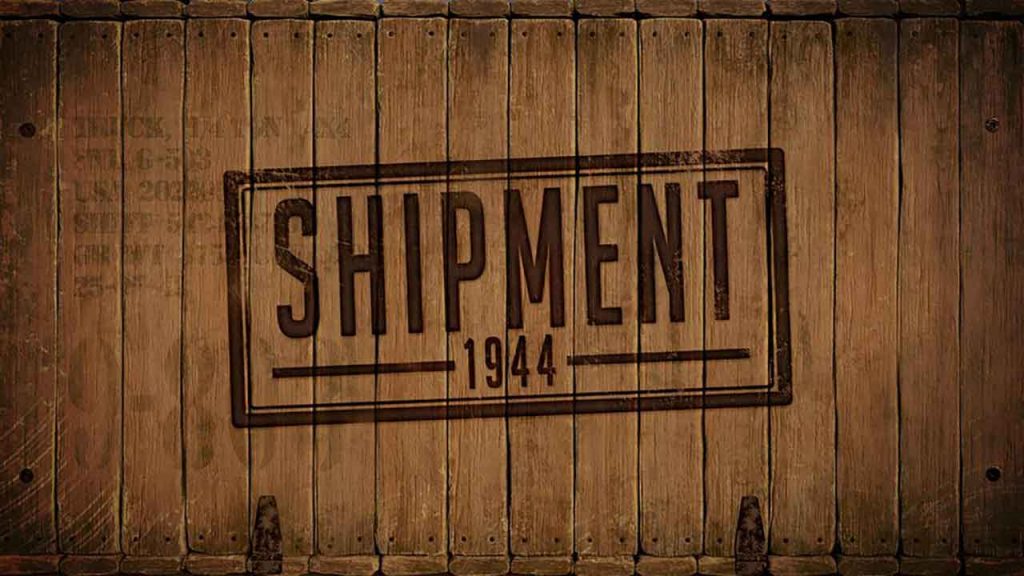 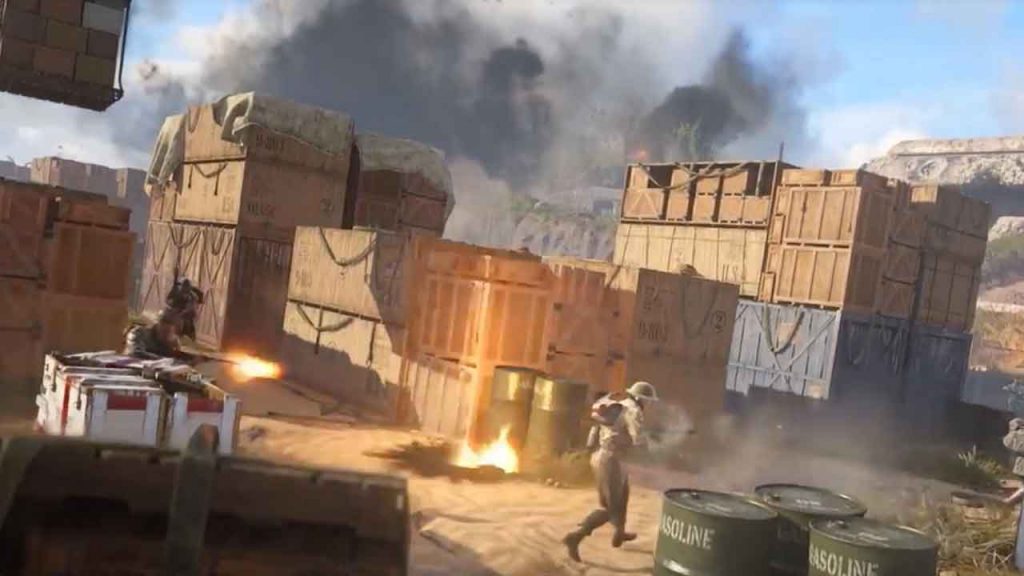 During the event, players can play in the Leprechaun Hunt game mode. This mode is available as a Moshpit playlist with modes such as Team DeathMatch, Kill Confirmed or Domination. The particularity of the mode is that a Leprechaun hides on each part of the playlist, if you succeed in killing the Leprechaun during a game, you will instantly unlock all your skillstreaks / Scorestreaks bonus !

Note that the playlist Leprechaun Hunt Moshpit offers a double XP until March 20, 2018.

What? What? You say green isn’t your cup of tea ? Don’t panic, Sledgehammer Games has thought of everyone, including all sorts of rewards to unlock during the event including new weapons reticles, camos and new charms, new uniforms and even new weapons variants. Enough to spend good hours of gameplay when you return to the Call of Duty WW2 servers.

Supply Drops and modifications of the Headquarters in honour :

As was the case with the winter headquarters of CoD WW2, the Headquarters offers a completely new look in line with the theme of the Shamrock & Awe community event St Patrick’s Day. In addition, update 1.11 also makes it possible to modify the system of the Supply Drops. There will be far fewer duplicates than before when you open a boxes and supplies can even be purchased through armory credits. This is a great opportunity to come back and play some multiplayer games of Call of Duty WW2 to enjoy all this fresh and free content ! The event community Operation Shamrock and Awe ends on April 3. 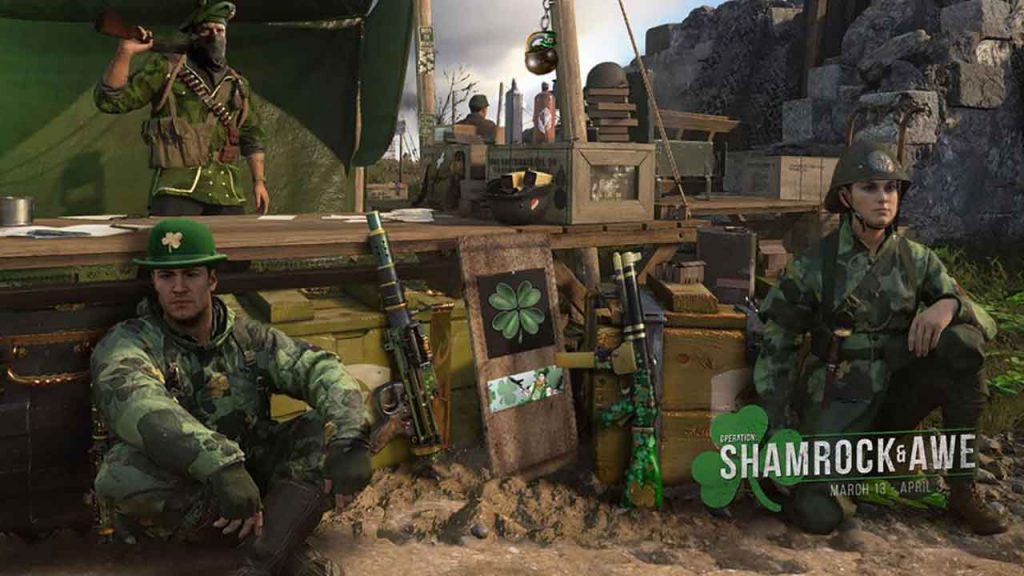 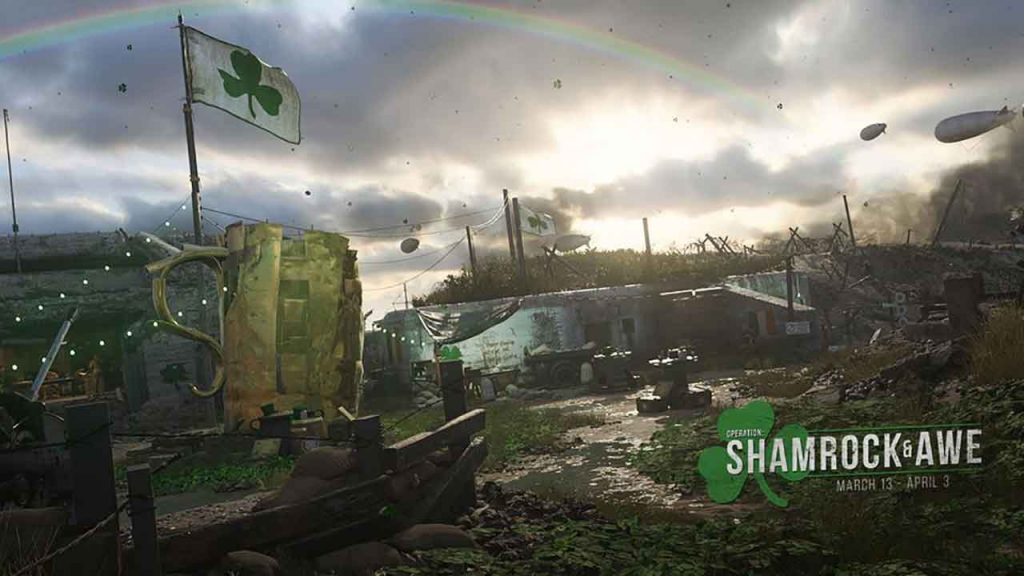