During your travels in Kingdom Come Deliverance Kingdom, you will be involved in investigating strange women who seek to invoke the dark forces to make the Cumans disappear.

This secondary quest is called « Playing with the Devil ». If you are having trouble completing this quest you can follow our complete guide ! This guide will allow you to unlock the trophy / success / achievement Bad Trip which describes « Dance with the devil ».

Kingdom Come Deliverance guide for the Side Quest Playing with the Devil :

Going to Father Godwin, you will learn that strange things are happening in Uzhitz, he will then ask you to investigate the illegal sale of a magic ointment and ask you to go to the herb-woman Gertrude. 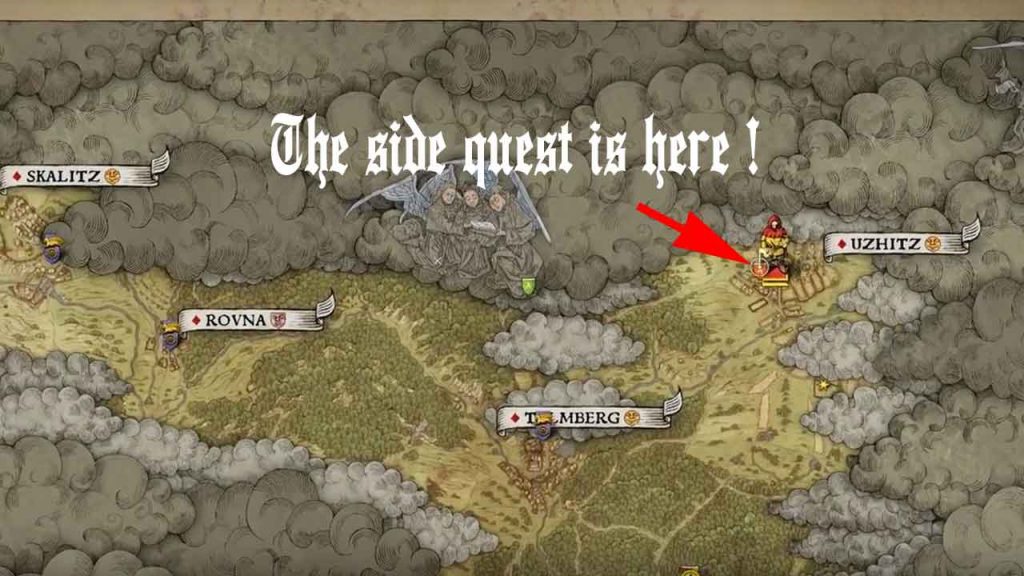 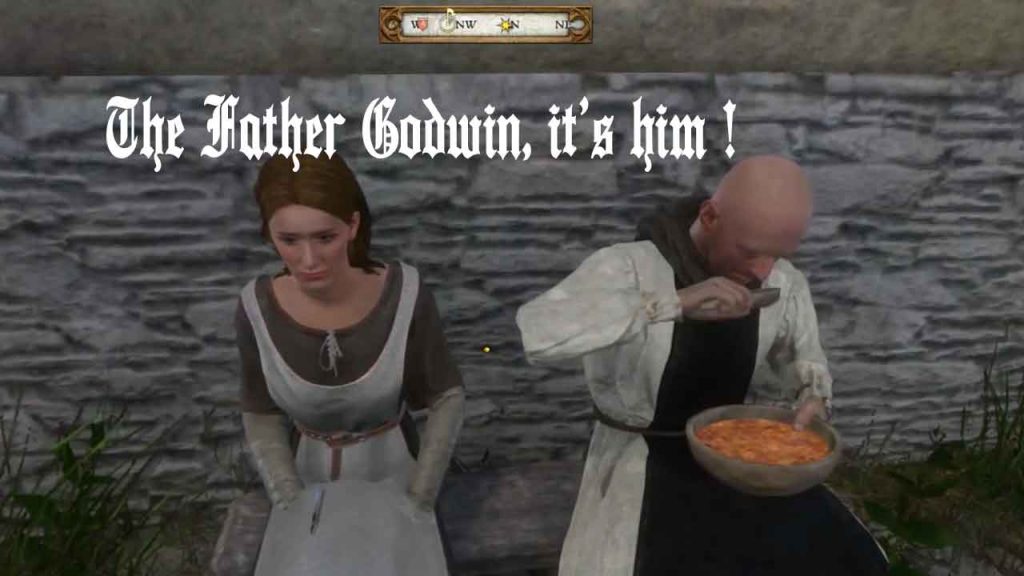 By going to the herb-woman, she will confess that she has sold a magic ointment to three women without having any bad intentions. The road will take you right to the women who have purchased this magic ointment. Despite your warnings, the women intend to continue the ritual to invoke the dark forces.

So you’ll have to wait until nightfall to watch these women’s actions in the woods ! Follow them to the place of the ritual to spy on them. Once you have achieved the goal of following women in the woods, move towards the women around the fire. These visibly alcoholic women… uh… under the effect of the magic ointment will take you for the prince of darkness (so cool) ! Problem, while touching Henry, they spread magic ointment on you and you will soon have some visions.

But before that, she’s will offer you their sexual favours in exchange for your protection from the Cumans. It is up to you to see what you choose, you can accept or refuse in any case you will have some visions.

Kingdom Come Deliverance – Guide Playing with the Devil objective « Cavort with the women ».

When you wake up, Henry will have a very bad trip because the women will appear in front of him like a mare, a sow and a chick. After an incomprehensible discussion, the women will ask you to choose between the mare, the sow and the chick.

No matter who you choose, you’ll have to do the strangest thing in the game… Go behind the animal you’ve chosen and lockpick its ass… You’ll see as you approach the back of the animal a « lockpick » message appears… After you’ve succeeded, Henry will gradually regain its spirits, but woodcutters won’t be long in coming to trouble the small party.

Fight them or let them kill the women and you’ll wake up in the morning. Everyone will be dead and all you have to do is go back to Father Godwin to explain the situation and complete the « Play with the Devil » quest, which will allow you to unlock the trophy / success / achievement « Bad Trip » whose description says to dance with the devil.