During the main quest « Siege », you will get from Tobias Feyfar a secondary quest called « Rocketeer » which consists in finding a man named Konrad Kyeser… He alone is able to help you to build a trebuchet that can smash the walls of Talmberg. The main objective of this quest is to go to the monastery of Sasau to find Konrad Kyeser.

Next, go to Konrad Kyeser’s house, a guard will be posted in front of the door. Just talk to him and tell him why you are here and tell him that Tobias Feyfar sent you and he will let you in. 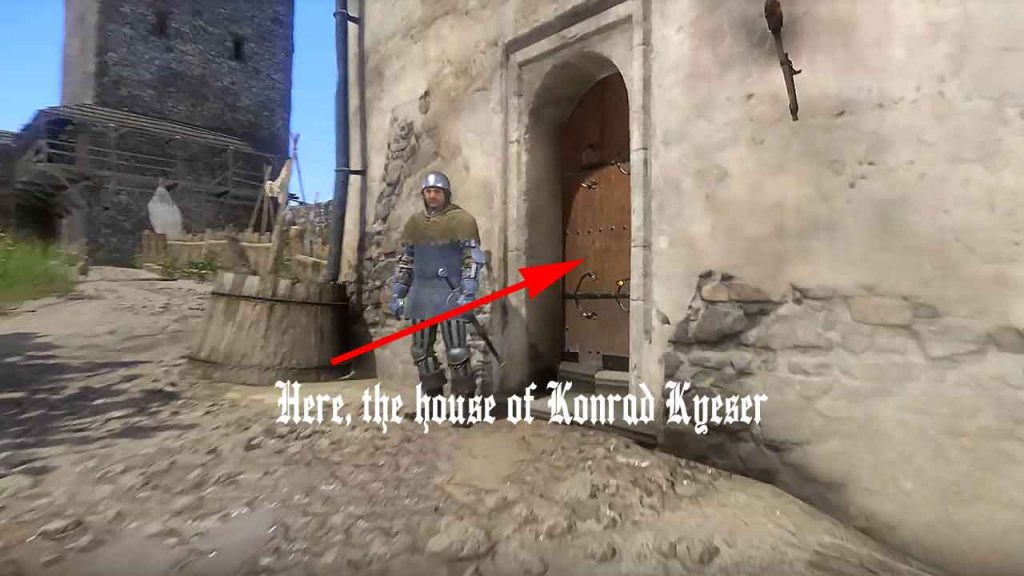 Kingdom Come Deliverance – Side Quest guide « Rocketeer » how to get Konrad Kyeser out of his house :

Once in the house, let Konrad Kyeser know the reason of your visit. Unfortunately, he will tell you that he is blocked in this place and that he can’t do anything… You will have many options at this time, you can talk to Karel, play dice with him and make sure Karel is short of money for wages or steal the Master Builder Karel’s commission that will allow you to get Konrad Kyeser out of his house.

From our point of view, it is better to try to play dice with Karel in the evening at the monastery tavern and make sure he is short of money for wages. If the luck is not on your side, then steal this letter without getting captured !

→ 1. If you have chosen to play the dice, win the game and pay the 500 groschen requested for Konrad Kyeser’s leave the construction site and head for Talmberg.

→ 2. If you steal the Karel’s commission in this house, then go back directly to Konrad Kyeser who will give you the password « the « fox isn’t half as clever as he thinks » that you will have to repeat to the Sasau Scribe. You will then obtain the new commission letter to be given to Karel at the monastery. Remember to put the original commission back into Karel’s chest before giving him the new letter !

No matter what your previous choice, when you return to see Konrad Kyeser, he will be completely frightened. People are apparently after him and want to kill him. He tells you that it is Sigismond’s men who are after him… You will have to investigate this and the first thing to do is to find out more about Master Peychar !

Ask the people around to gather information about this character. You will be able to learn from the villagers of the monastery that master Peychar was spotted playing dice at the inn.

Go to the inn and ask the innkeeper about this master Peychar to learn more about him. Peychar is right here, you will find him at various places of the inn, but during the day he is often sitting at a table outside drinking wine. He’s dressed in a green hat, you can’t miss him !

Talk to him and ask him to stay away from Master Kyeser. He will be surprised at your request and will tell you that he will not want to hurt her. 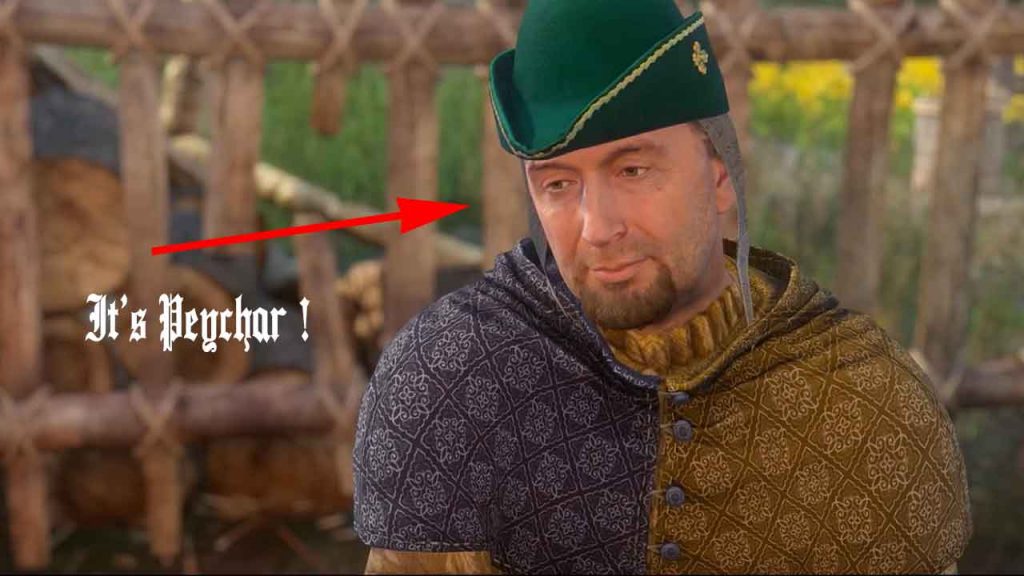 Go back to Konrad Kyeser’s house and pass the time until midnight to watch for the assassin. You’ll see him around the house of Kyeser, follow him and surprise him from behind. It’s Peychar ! his was trying to force Master Kyeser’s door. Once you have prevented him from harming (he lies, he has bad motives), you will only have to go back to Kyeser in the morning to explain the situation.

All you have to do is go back to Talmberg at once and tell Tobias Feyfar that you have succeeded in persuading Kyeser. As a reward, you will get 1000 groschen and the Feyfar’s trunk key. The side quest « Rocketeer » will end and the construction of the trebuchet that can smash the walls of Talmberg will begin.