You are still undecided which of the four vault hunters you will take in Borderlands 3 to experience this new adventure that takes place across the galaxy. So, who are you going to choose? Moze the gunner, FL4K the Beastmaster, Amara the siren or Zane the Operative ? If you don’t know which one to take, we help you to overcome this difficult initial choice. Each of these characters has a range of unique skills more or less adapted to different game styles.

To make sure that a character matches your vision and way of playing, we will talk to you about the skills and abilities of the 4 new vault hunters in Borderlands 3, which will allow you to make your initial choice. Note that in any case, you can always relive the incredible journey of Borderlands 3 after completing the game for the first time by choosing the other hunters who will offer you a different pleasure and approach to the game of GearboxSoftware. 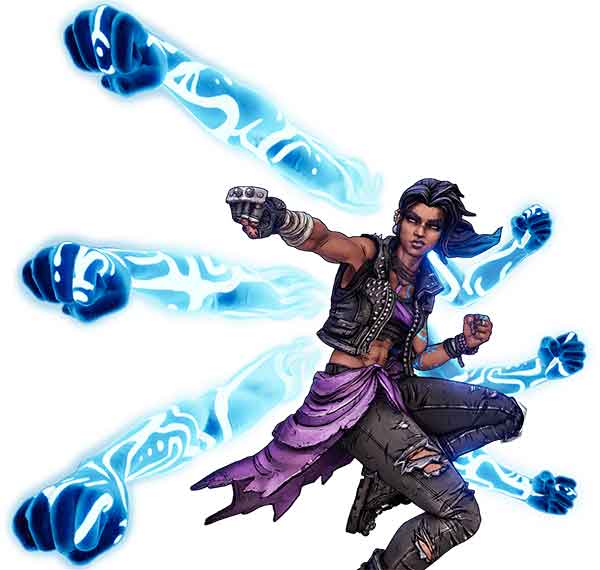 Amara is the new siren of the game, and unlike the other sirens that have been seen in the past in the Borderlands license, Amara is violent and furious. The ideal choice if you have in mind to jump into the crowd continuously and be as close as possible to the action. If you played at the previous Borderlands, Amara is a bit like Brick, Kreig or Athena. Except that she has supernatural skills specific to sirens that allow her to make astral projections appear behind her in the form of arms.

As a result, Amara always finds herself as close as possible to her opponents, crushing them with her immaterial fists and making the most of melee attacks. She has the skills to withstand the assaults of her assailants and can deflect projectiles with her arms. Pump-action rifle or heavy pistol type guns will not be too much to stay in the melee forever and enjoy the bonuses that are activated on the character as you progress through his three skill trees. It also has the ability to use a phase plug to immobilize its opponents or send a copy of itself that will inflict damage on enemies in its path.

However, Amara is not recommended for a beginner, you must have a good knowledge of the strengths and weaknesses of the elementary attributes she uses. If you don’t master them, some bosses in the game could put you out of control, especially if you play solo.

Moze the gunner (ideal for newcomers) : 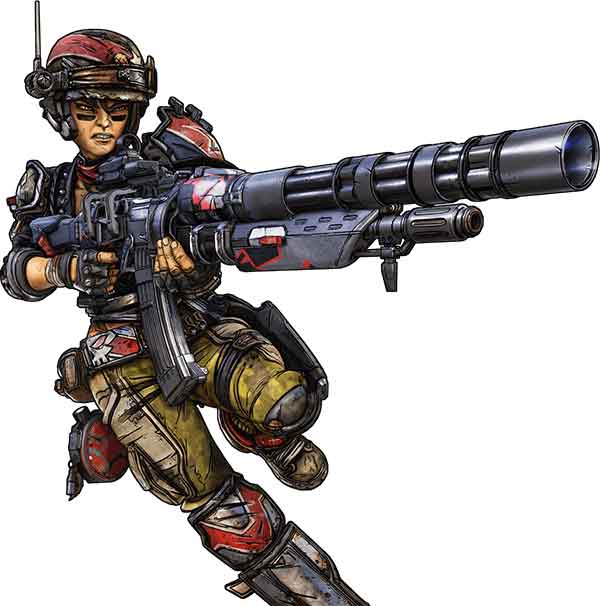 Moze does not fight alone, she has a robot that she can invoke at regular intervals to make it rain a certain death on those who find themselves on her way to Gaige’s image in Borderlands 2. If you’ve never played a Borderlands before in your life, you might be interested in Moze’s style, which is flexible and can reverse the course of a battle just by deploying his terrible robot in the shape of an iron bear. The machine is equipped with a grenade launcher, an rail gun and a machine gun as a base.

A whole arsenal that evolves as the player unlocks new things in the character’s three skill trees. This would destroy entire groups of enemies without much effort. And of course, when Moze deploys his terrible robot, you are the player who has total control over it!

At the end, you will be able to customize your super robot’s weapons, which will be added to Moze’s arsenal when she is no longer on her favorite robot. Don’t be afraid to walk, even when your robot needs a fuel recharge, Moze is just as deadly and has the skills to survive in his robot bear… At least for a while! 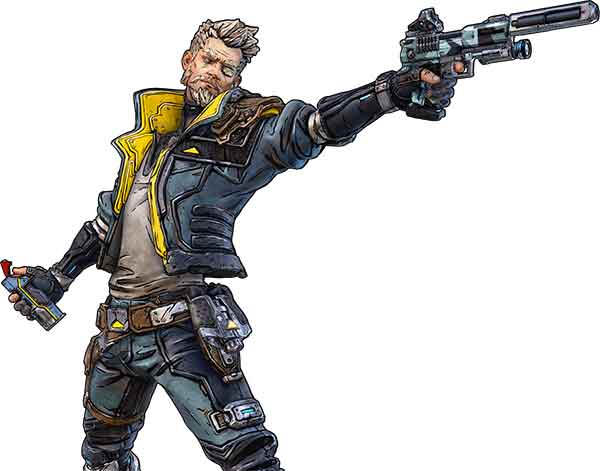 Zane is a lonely old wolf who has only one friend, his digital clone… But above all, it is the team’s expert strategist who has a whole panel of gadgets that make his task easier. With it, you can deploy a defensive barrier to limit the damage received by you or your squad members, send a digiclone to create a diversion or deploy a combat drone that will fly over the area in search of new heads to drop by dropping a barrage of grenades. Zane is perfect if you are the type of person who keeps a certain distance between you and your opponents.

For example, he can exchange his place in a flash with a digiclone… A holographic skill that could just as easily prove useful when you are on the ground in « fight for survival » mode since it is enough for your clone to eliminate an opponent for Zane to resume the fight instantly without even having to find the right angle of fire that would allow him to shoot down one of his targets.

He mixes elements of « gameplay » that we found in Axton’s Borderlands 2 commando or Jack’s double in The Pre Sequel. If you have to make a choice about using the defensive barrier, the drone or the digiclone, be aware that the character’s unique skill will allow you to equip two of his gadgets at once.

FL4K the Beastmaster (if you like pets and snipers) : 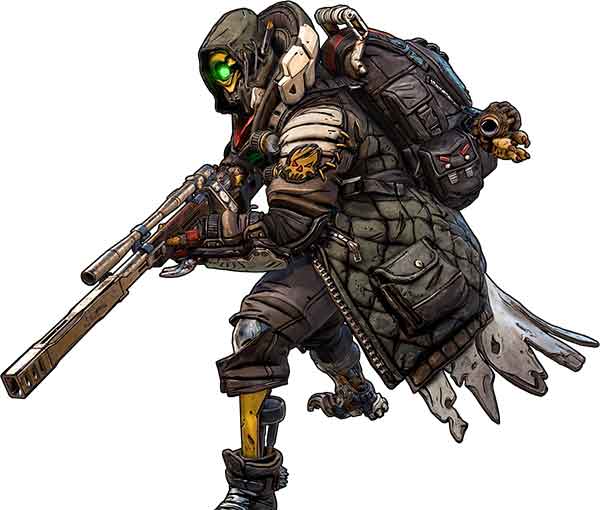 FL4K is a robot with a particular affinity for pets. He can tame the creatures and use them during the fight! Similarly, if you like snipers in general in first-person shooting games then FL4K is calibrated for your profile. In addition to having assets that will make it better by handling a long-distance weapon, FL4K has the possibility of invoking three beasts, namely a Skag, a Spiderant and a Jabber. Yes, with FL4K the Beastmaster you have three autonomous pets who can fight alongside you depending on your choices in its three skill trees.

FL4K has the ability to get out of a bad situation quickly, thanks in particular to its invisibility technique, which temporarily hides it from enemies’ eyes while benefiting from a speed bonus and an additional health regeneration. Once a pet is unlocked, simply equip it in FL4K’s inventory to have an autonomous companion at your side who will occupy your enemies while you look through your sights to put a bullet in their heads.