Many cracks had appeared in the last season of Fortnite suggesting major changes in MAP. Season 8 has just landed and the map has indeed changed! Farewell to the Lazy Links area, Tomato has disappeared and so has Wailing Woods to make way for an erupting volcano. It is the whole upper right section of the Map that has been modified for season 8.

Thus, the volcano replaced Tomato Temple while Wailing Woods became Sunny Steps. Lazy Links and its small river disappear to make way for Lazy Lagoon. This is almost all the notable changes on the Map of season 8… Everything else is the same as season 7, there is even the snowy part at the bottom left. To summarize, the new locations for Season 8 of Fortnite Battle Royale are Lazy Lagoon, the volcano and Sunny Steps which replace Lazy Links, Tomato Temple and Wailing Woods.

What does the new Fortnite season 8 map look like ? 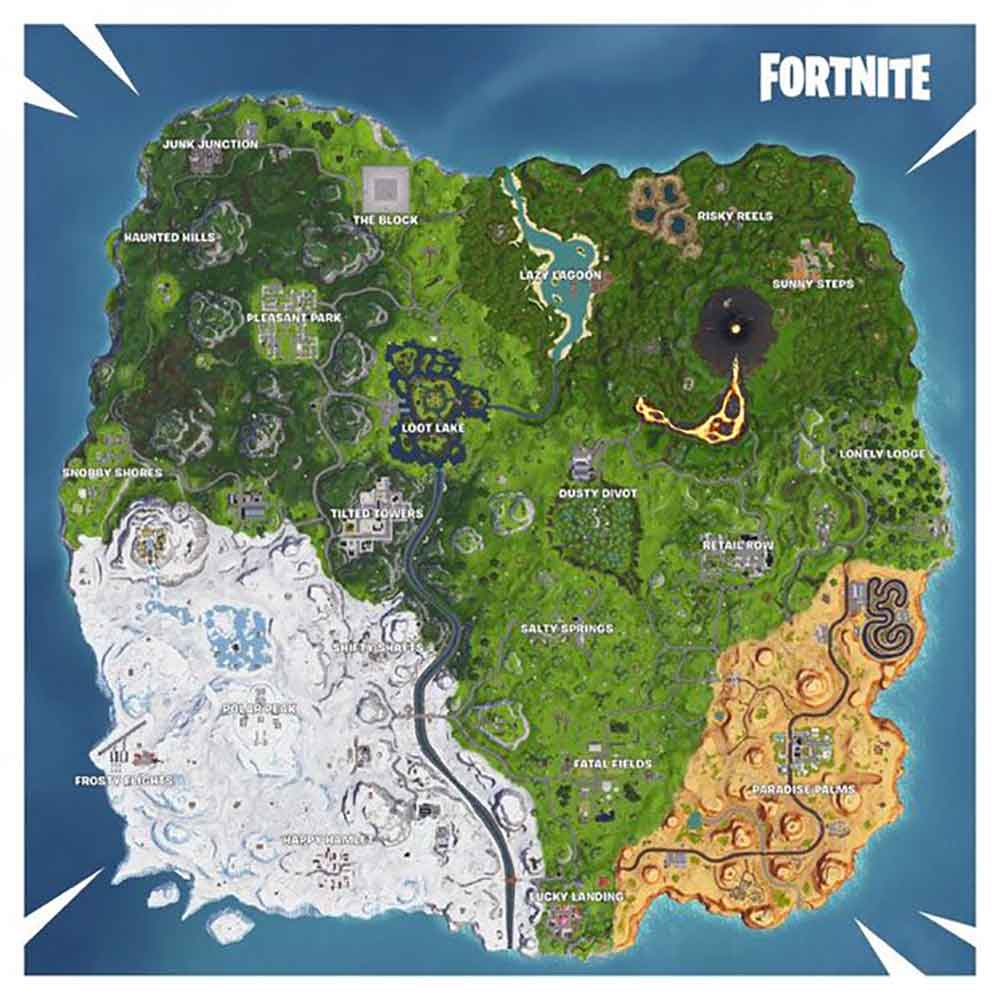