It certainly hasn’t escaped you, a little newcomer has just made his debut in the « BattleRoyal » genre and the least we can say is that it is off to a very good start… With already more than 10 million players in just a few days, Apex Legends has literally taken the lead in the most played and most watched games on streaming platforms for video games.

And for good reason, it only takes a few minutes of controller/mouse game to realize that Apex Legends has everything it takes to be a serious competitor to Fortnite, the current leader who shaded many of the big games released in 2018 and is having trouble being removed from his throne… Will the enthusiasm around Apex Legends affect the Fortnite empire built by Epic Games’ teams…? That’s the question of the day !

What is Apex Legends, who created it ?

If you’ve just discovered this new Battle Royale because a friend has told you about it or you’ve seen it at the top of the list on your favorite gaming streaming platform, you may be interested to know more about the game… Why is there so much interest in this title, what’s more important than Fortnite and who created it ? So here’s what you need to know about it….

First of all, Apex Legends takes place in the universe of Titanfall. If you already know this title, then you have understood that it is the « Respawn » teams that develop the game and that it is therefore « EA » that publishes it. If you don’t know Titanfall, why don’t you take a look at the game and get a good idea of the universe shared between the two productions ?

According to the developers of Respawn, Apex Legends aims to redefine the Battle Royale genre by introducing a cast of unique characters called « legends » each with their own attributes, skills and classes.

In addition, Apex Legends focuses on team-based gameplay, pushing the interaction between players further while adding more nervous and technical fighting mechanics than the competition. For example, it is possible via contextual communication to quickly signal enemies, weapons / equipment or even your own position to your allies by pressing a single button.

Cooperation with your squad is the key to success :

Because yes, Apex Legends at the moment is designed to be a « team game » with squads of three players. At the beginning of each match, players choose the character they want to play knowing that team members cannot choose the same champion. Then everyone is dropped from an aircraft on the spot just like Fortnite, with the difference that there is a « jump leader » here who will choose where his team will be deployed. The other members may recommend departure locations to the launch leader or the leader may pass the lead to another member of the squad.

In addition to these differences with the competition, losing against a player or group of players does not mean that you are defeated and that you have to restart a new match. If a member of the squad can survive, he can revive his teammates in many ways. If you are ashore yourself, your partner can simply revive you, if the enemy has finished you off then again nothing is lost since you drop what is called a « banner ». The group survivor just retrieves your banner if he can and brings it back to reappearance markers (single-use places where defeated team members can be reanimated), 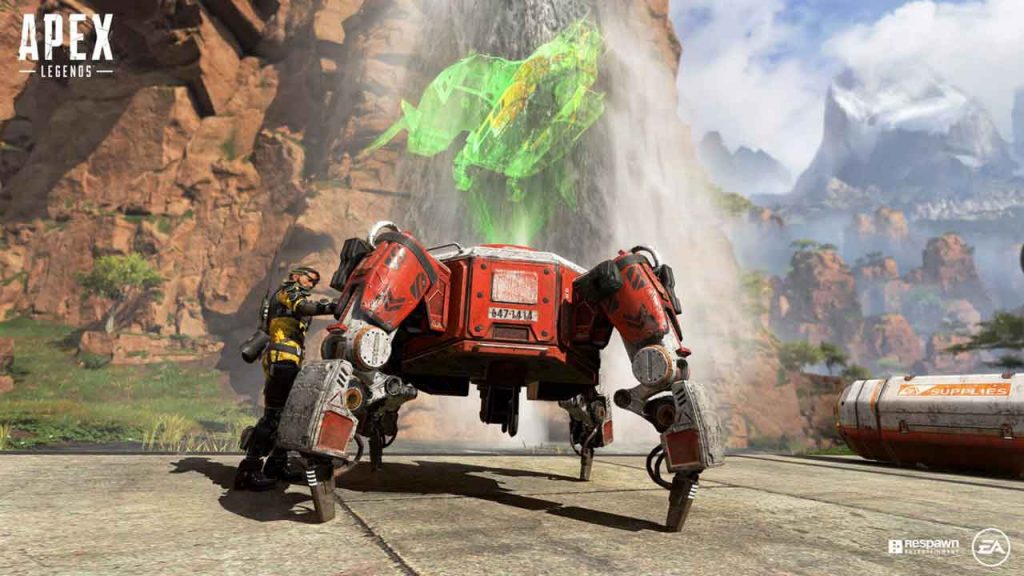 By playing the game you will see for yourself that it is not yet another hastily made Battle Royale to build on the success of Fortnite or Pubg. No, the title of Respawn offers much more depth and subtlety than that by rushing into where the gaps are felt in the competition. It is therefore not surprising to see so much excitement in such a short period of time. In addition, it offers a first game map admirably designed, offering players a high level of verticality. This allows us to use all kinds of strategies to surprise the less vigilant opponents and to use the field imagined by the Respawn teams in many ways.

☆ We also advise you to take a look at our tips and tricks, you will learn things that we haven’t talked about in these lines here : Guide Apex Legends tips and tricks to become the champion of the game.

Apex Legends, a Battle Pass and themed seasons are planned :

Now, it will be difficult to stay in course to keep Apex Legends going for the long term, especially since Epic Games teams may be rather aggressive in their communication if Apex Legends tends to obscure their empire too much. There is also a large community very attached to Fortnite….

We must now wait to see how the game of Respawn will evolve, see the content planned in the coming weeks / months and if some future choices do not shake the trust gained by players over these first days of the game’s existence. Anyway, to give you an idea, here’s what’s coming up in Apex Legends soon. 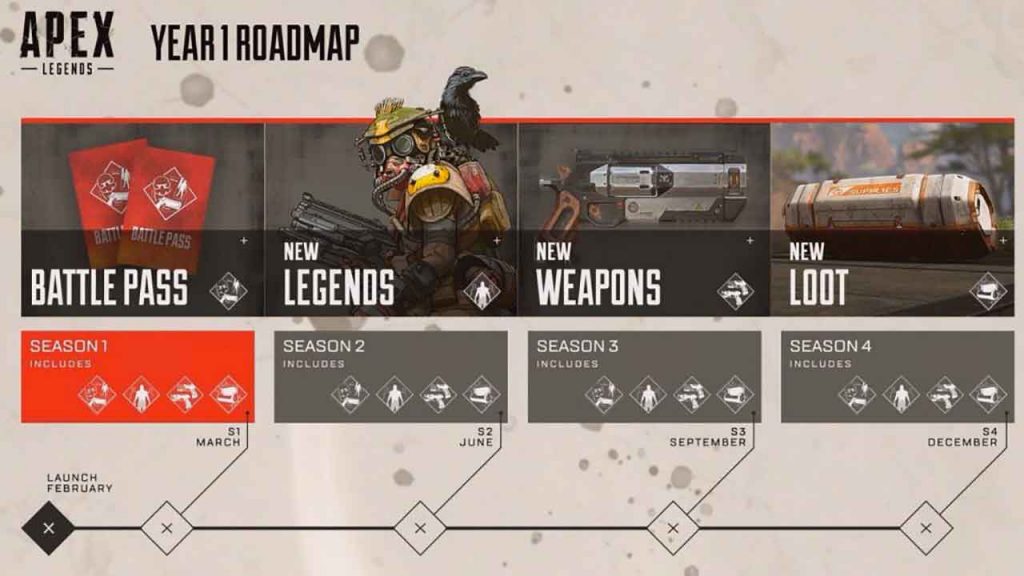 The first season of Apex Legends will come in March with a Battle Pass that will add cosmetic items to unlock in addition to those already present in the game. In addition, each season will have a specific theme with its own unique content, new weapons, new characters/legends, skins and more. Let’s just hope this model doesn’t copy and paste too much of Fortnite. The price of the famous  » battle pass «  also remains to be determined and to know if the game will also choose a free battle pass for those who don’t want to pay anything.

Note that we already know that the battle pass will not win new characters, but that cosmetic items will probably not favour certain players and divide the Apex community.

Do I need to have an Xbox Live Gold subscription or PlayStation Plus to play Apex Legends ?

First of all, let’s remember that Apex Legends is a « Free to Play » game, which means you can download it for free on PC (Origin platform), PS4 and Xbox One.

If you play on Xbox One then you should know that all games requiring an internet connection work in conjunction with the Xbox Live Gold, so you must have a « Gold » subscription to play Apex Legends on this platform.