Apex Legends is the new popular Battle Royale that is trying to make its way alongside other already popular titles (Pubg, Fortnite, etc.). And the game has something to seduce players with its atypical gameplay that is presented as an evolution of the « Battle Royale » genre if we believe the declarations of Respawn, the game’s developers. Apex Legends will in any case have caused curiosity as it has risen to the top of the most popular video game streaming platforms.

If you’re here, it’s because you too have started playing Apex Legends. Are you looking for little tricks to be better than your opponents ? That’s perfect, we have exactly what you need! After having participated in many Apex Legends games ourselves, we can give you our tips and tricks! There are 10 to discover bellow, made in good use !

In Apex Legends, it is in your best interest to quickly understand what your character is capable of doing on the field and here is something that the Pathfinder does not explain to you during the tutorial phase of the game. You can climb two to three seconds on the walls to gain altitude. Approach a wall and use the jump button while keeping it pressed to climb the surface instead of making a simple jump. It’s magical, you can quickly climb a roof or climb a cliff step by step.

Let’s say you didn’t pay attention to the security ring and the gate closed on you, don’t forget that you can run faster by simply storing your weapon! You may tend to forget it as quickly as the Pathfinder taught you during the tutorial phase, but it is a very interesting gameplay mechanism. So a reminder won’t hurt you… Store your weapon by pressing and holding the button that normally switches between your two weapons, you can get out of the barrier faster to get back into the playground or run faster if you have attackers after you and you are not able to defend yourself.

Tip 3 – use the Zip lines to get around quickly :

You may not have paid attention, but you have the possibility to quickly travel through large areas using the Zip-lines scattered all over MAP. There are two types of zip lines, those that are drawn as a diagonal and allow you to reach a distant point more quickly and the zip lines that point to the sky and are attached to a balloon. These literally allow you to redeploy yourself as if you had just jumped out of the plane at the beginning of the round, with less height, but still, it’s good to know and to exploit!

Tip 4 – All characters (legends) have a passive ability : 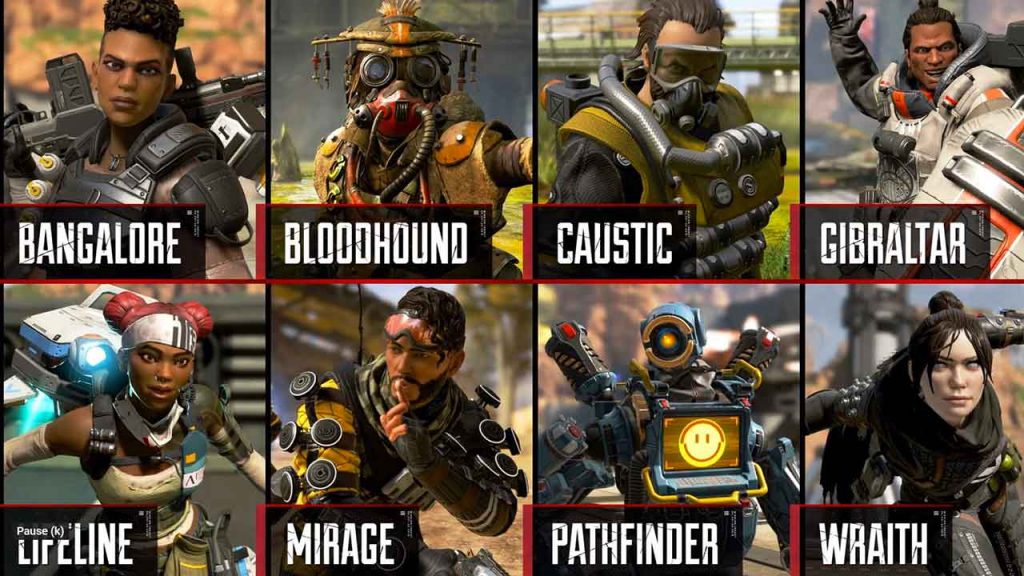 Don’t choose your character according to his design, take the time to observe in the « legends » section of the main menu what the heroes of the game have to offer you. They all have a unique passive ability that you can use during your games. Passive abilities are active throughout a game, you don’t have to activate them on your own.

Take the time to observe each other’s abilities and use the character that suits you best. Since the order of choice of a character at the beginning of the game is totally random, make sure you are comfortable with at least two types of characters, another player in your group could choose your « first choice » before you, leaving you no choice but to take another character.

The particularity of Apex Legends is that there is no solo mode (at least for the moment), there are only games with squads of three players. It is in your best interest to play in harmony with your teammates if you want to survive in the arena. And for that, the Respawn teams have thought of many little things to facilitate communication between the members of a team. You can at any time report the presence of an enemy, report the location of equipment or a weapon that you do not need to use to one of your partners, you can show with a marker which position you want to move to.

In addition, it is possible to treat team members, but not only. When you die or a teammate dies, there is a banner on the ground. If you can get this banner back in time or your teammate picks up yours, then you can or he can reappear in the game by bringing the banner to a reappearance point indicated by the small green circles on the map. 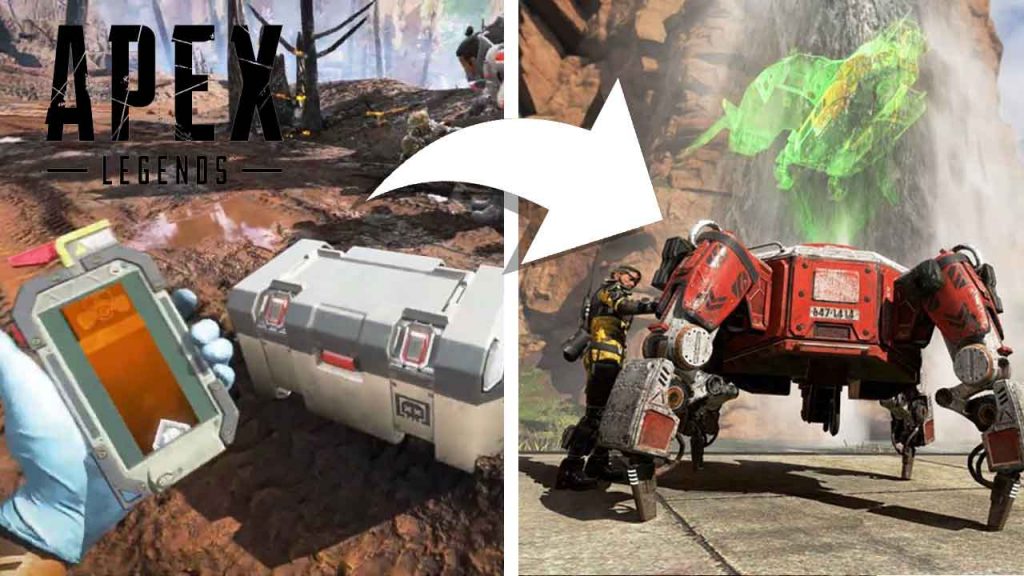 So when you die, don’t leave the game, wait to see if there’s any hope left! When it says « expired reappearance » it means that you have no chance of getting back into the game, at that time and only then can you leave the game to restart an Apex Legends match.

Tip 6 – Pay attention to the colors of the damage you are inflicting :

You may not have noticed it, but there is a very important visual indicator when you shoot an opponent, this indicator tells you what type of armor your target is wearing! Each character has a base of 100 life points that can be reinforced with three levels of armor to reach 200 life points. When you shoot a player a color appears, grey, blue, purple, red or yellow….

The experience points you earn in a game are based on your skills and survival time. But not only that! Look carefully, at the beginning of each game, a player is designated as the « champion » of the game, this target is given priority and earns additional experience points if you succeed in killing him before the others. By killing him, you will earn a bonus of 500 XP points. Note that a champion who dies in a game is replaced by another champion, it is often the best player in the game who is designated as the new target.

Tip 8 – Some weapons have an alternative firing mode :

Look closely at your weapons interface, some of them offer a strategic advantage. If you see a small icon near the weapon you picked up, there is an alternative shot available for that weapon. Simply press the corresponding button on your screen to change the way you use the weapon you are holding. Switch between burst and single shot. Here are the weapons with which you can have an alternative shot, the R-301 rifle, the Flatline and the Hemlok assault rifle.

Tip 9 – Don’t let other players make a fool of your teammate :

When one of your teammates is down, there is a good chance that his attacker will try to ridicule him to the end by using an execution. All characters (legends) can use executions on an opponent on the ground, be aware that these executions take time to be triggered and make those who use them totally vulnerable. Take advantage of this moment to put the player executing this type of command ashore, you will get an easy frag in addition to saving the honor of your teammate on the ground who will thank you for that. 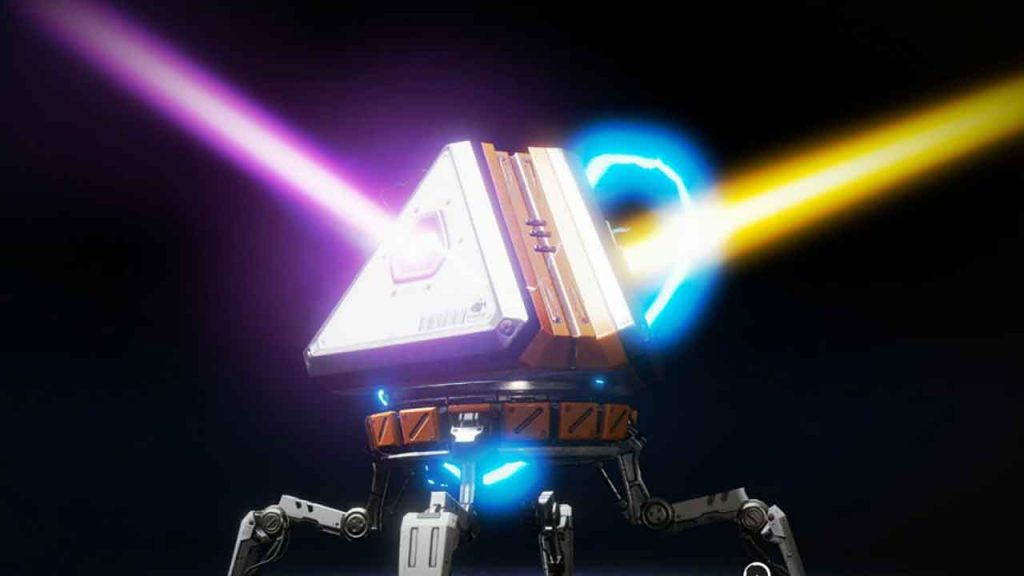 You have certainly opened the classic boxes scattered all over the Apex Legends arena (the big red and white boxes)… Did you know that there was another type of box that could appear during a match? You know the Apex Packs you open from your player menu… Well, there are some during the games too! They are rather rare and appear in corners of walls, they make a noise when you are close and offer very good equipment. Be careful to get your hands on it first!

tips guides and wiki Apex Legends
Share. Twitter Facebook Pinterest LinkedIn Tumblr Email
Previous ArticleGuide Kingdom Hearts 3: What are the choices used for at the beginning of the game and what to choose
Next Article Guide Apex Legends all about the crafting metals, legend tokens and Apex coins