After finishing with the first Kingdom Come Deliverance main quest, things will accelerate, you will have to flee Skalitz to reach Talmberg city and thwart the attack to come. If you’re having trouble completing the escape quest, we’ve prepared a little guide to help you complete this second mission of the main story without any trouble.

You will see how to get a horse, a new armor, how to help Theresa the miller’s niece without triggering the confrontation and unlock the trophy / achievement « Cavalier » which consists in saving Theresa from the Cumans.

The quest will begin outside Skalitz Castle immediately after the Cumans attack, which follows the main quest « an unexpected visit ». Cross the path in the direction of the few buildings in the distance, you will come across soldiers who try to attack Theresa !

Don’t go head down, you won’t do the weight against these soldiers, but you can use the whistling feature (press Y on Xbox One or Triangle on PS4) to get the attention of the Cumans soldiers while you’re heading towards the horses to steal one (whistling only when you’re sure you have a horse to run when you attract the attention of the guards !). Theresa’s rescue will be validated if you see the trophy / success / achievement « Cavalier » unlocked after your action. 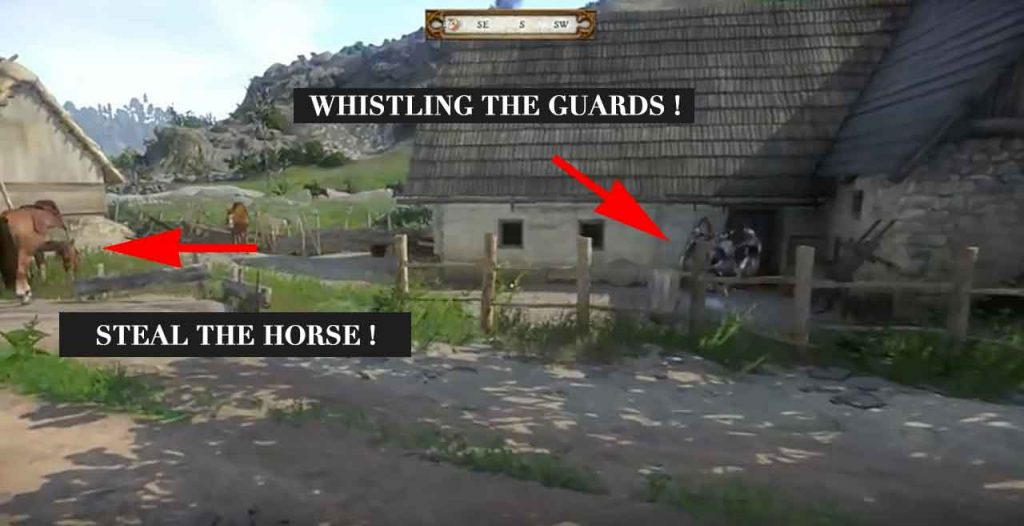 Once in possession of a horse, continue on your way towards Talmberg while paying attention to the Cumans who are chasing you. Remember to manage your endurance bar and your horse’s endurance bar to prevent the Cumans from touching you with their arrows.

After your escape from Skalitz a scene will be launched and you will receive a bad arrow in the leg. The race is not over! Continue to gallop in the direction of Talmberg. As soon as you are close enough to Talmberg, the pursuit will end and you will be meet by Sir Robard who will help you to heal your wounds.

After a few movies, he will take you to the Lord of Talmberg Divish where you can explain what happened to Skalitz. After that, you can go back to see Sir Robard in the courtyard to follow him in the kitchens of the castle where you will meet Lady Stephanie.

When you’re invited, use the food on the table to help you eat when you’re hungry. You can even take a little food to keep for later. 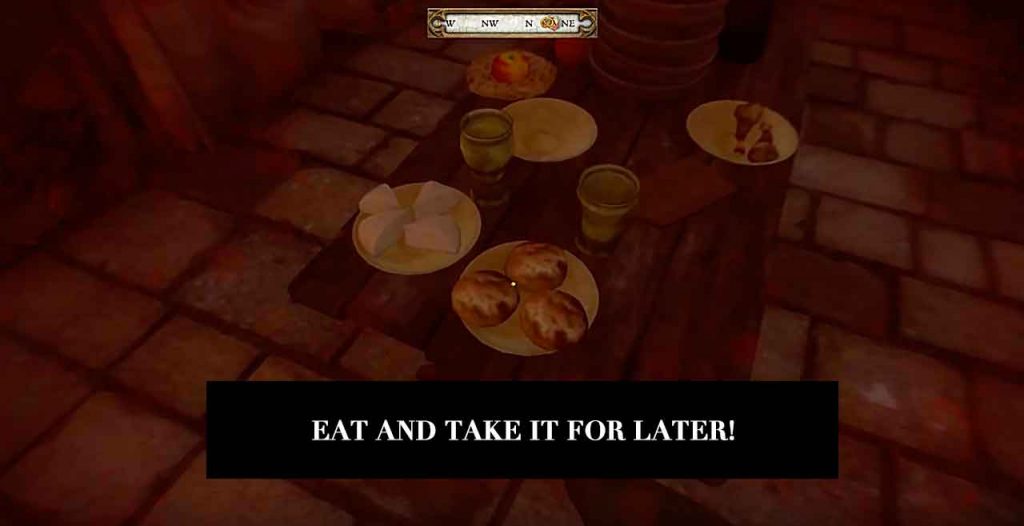 After you’ve finished eating, go back to your room and rest. To do this, go to your bed to sit down and select « Sleep » and choose the time you want to sleep (you can save your game as you go). Lady Stephanie will come to interrupt your night’s sleep to have a little glass of wine and chat with you.

Chatting with Stephanie will give you the opportunity to improve your statistics in speech, charisma and even your strength by using the choices of dialogue offered. We advise you to choose dialogues that improve the « speech », its is only level 2.

After the discussion is over, you go back to sleep and Sir Robard wakes you up to announce a potential invasion. Pick up the torch on the table and head towards the ramparts to meet Sir Robard along the castle wall. You can access it by going through the courtyard and climbing upstairs just before the drawbridge.

After some sequences, Sir Robard will ask you to stay on patrol of the ramparts until morning. To wait in Kingdom Come: Deliverance, simply press the touchpad on the PS4 controller or the Xbox One controller’s back button, then spend the time until 5 a. m. to continue the quest.

After spending the night on the wall, Henry will want to leave Talmberg to bury his parents in Skalitz. Unfortunately for our hero, the negotiations with Sir Robard will go badly and you will have no choice but to flee the castle. It won’t be easy to get out of Talmberg Castle, but we will detail each of the methods with the one that is in our opinion the safest and most useful.

→ The armor of Talmberg method :

To get it, go see Stephanie who can be found either in the yard outside or in the dining room. You will have to use your skills to convince her to help you flee the castle. Her will then tell you where to find the armor you are looking for. This is the lookout tower ! You can go there by joining the walls.

Note that you will need lockpicks, if you haven’t one go to the Votava dealer near Radim at the camp. He will gladly sell you lockpicks. Then head towards the watchtower to pick the lock of the chest which contains Talmberg’s guard armor.

Note that you will also find a village bow, arrows and even a shield when climbing the ladder in the lookout tower. Once you have everything, equip your character and return to Stephanie before continuing your escape from Talmberg Castle.

Before you leave, go to the castle courtyard and pick up the horse you used at the beginning of the RUN! quest to get away from Skalitz. You will recognize it, it is the only one that you will be able to climb without it being written « steal » when you approaching.

All you have to do is go back to Radim at the camp entrance and ask him to open the door for you with your horse and Talmberg armor.

→ Other methods to escape Talmberg Castle :

If you’re lazy enough to do all this, your other options are letting the guards catch you and throw you out of Talmberg, but that means you won’t be able to get a horse or jump off the drawbridge… Be careful, it’s dangerous!