If you have made the good choice to get the DLC The Curse of the Pharaohs from Assassin’s Creed Origins, you will have the possibility to unlock the new legendary Serqet armor for Bayek. This special outfit is placed under the sign of the scorpion, if you want to get it, then follow the steps described on this page.

Note that by complete this quest to obtain the armor, you will unlock in the same time the trophy / achievement Sting in the tale which consists to finish the 5 places of Serqet in the DLC The Curse of the Pharaohs.

Assassin’s Creed Origins The curse of the Pharaohs Where is the legendary outfit Serqet Carapace :

To get it, you will first have to complete all the main missions of Assassin’s Creed Origins The Curse of the Pharaohs expansion. Then, you will have to finish the 5 places of Serqet which are in the valley of the kings and the worlds of the afterlife.

Open your map, begin by placing yourself in the Valley of the Kings and begin your journey to the first 4 places of Serqet in the afterlife. In each of the 4 locations, you will fight powerful gigantic scorpions of levels between 57 and 58.

→ Where is Serqet’s altar number one :

Go to the Aaru area and go to the point indicated on the map below to find your first Serqet location. 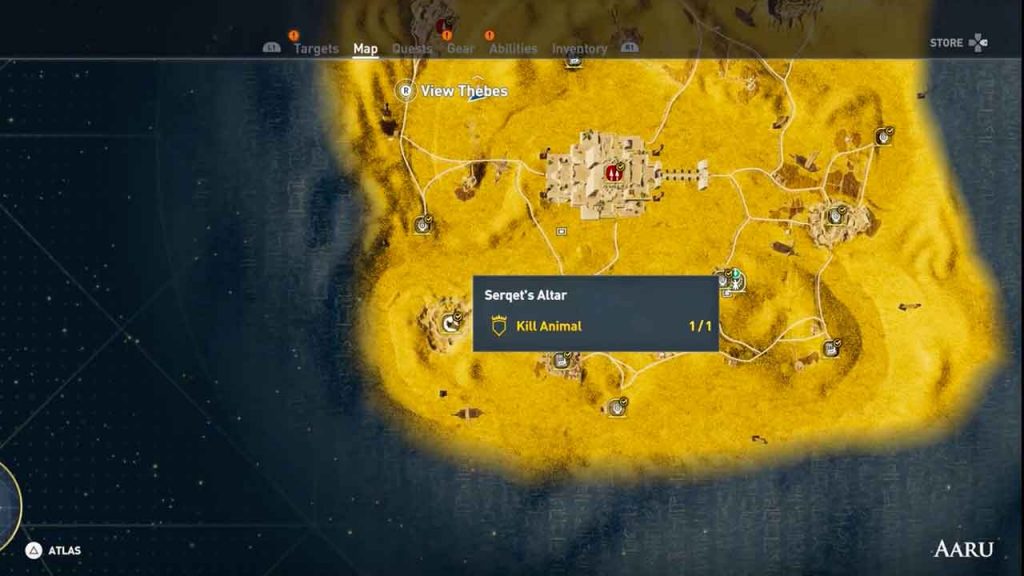 Serqet’s chamber is in the Heb Sed area. Go to the point indicated on the map and defeat the scorpions. 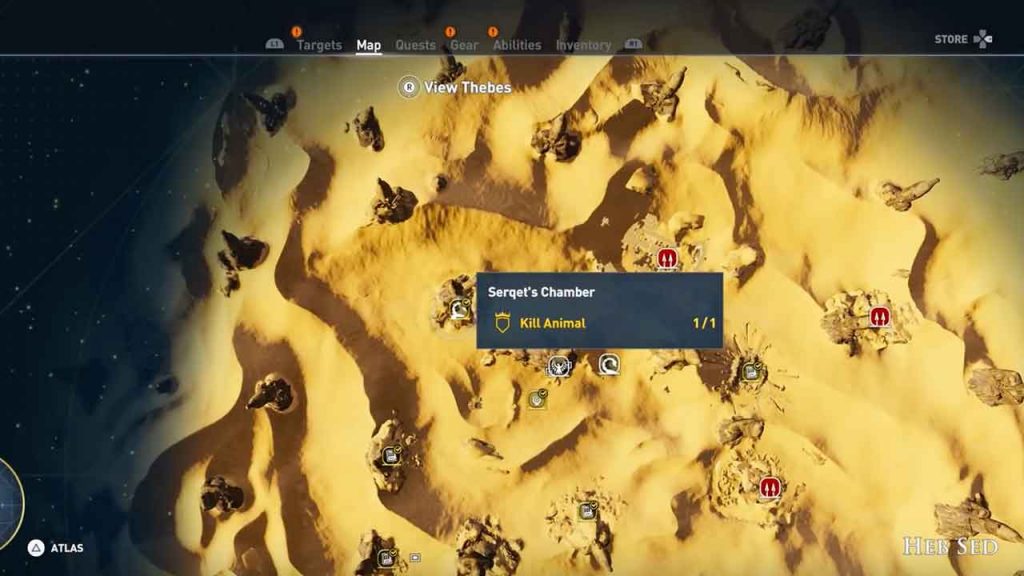 Serqet’s garden is in Aten, go and you will find new scorpions to fight. 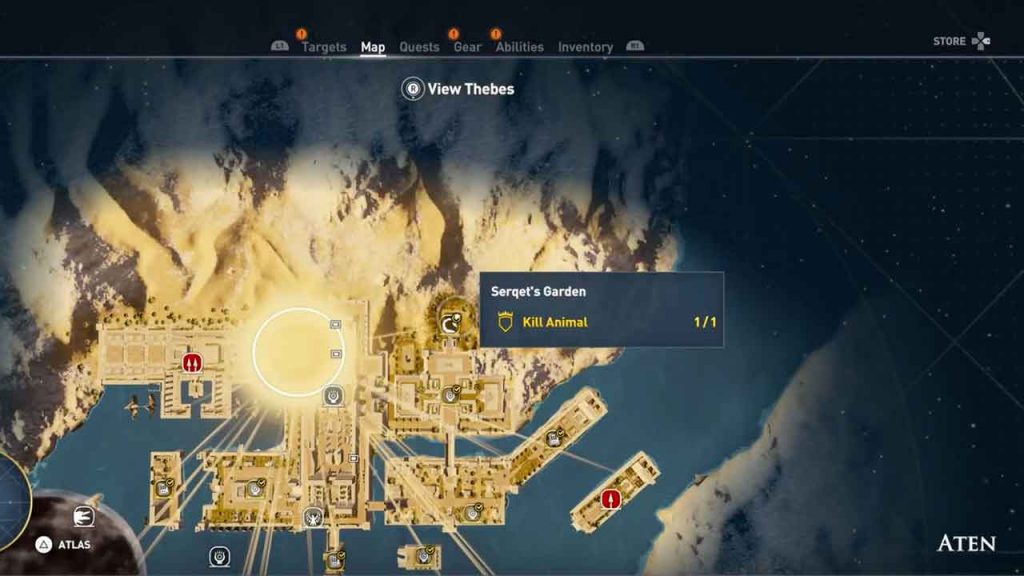 The four place of Serket is in Duat, it is the halls of Serqet. 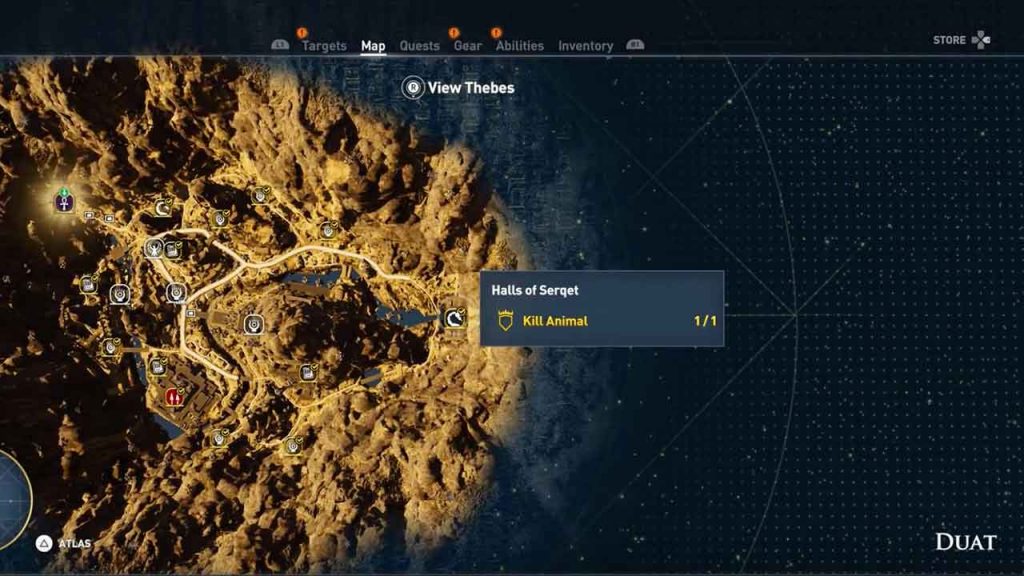 → Where the last Serqet’s location :

Once you have finished these 4 places of Serqet, a new point will appear in the Waset Desert in the real world, you will only have to go there and complete the objective of looting the treasure in the camp and killing the captain to unlock the legendary Serqet’s Carapace outfit for Bayek. 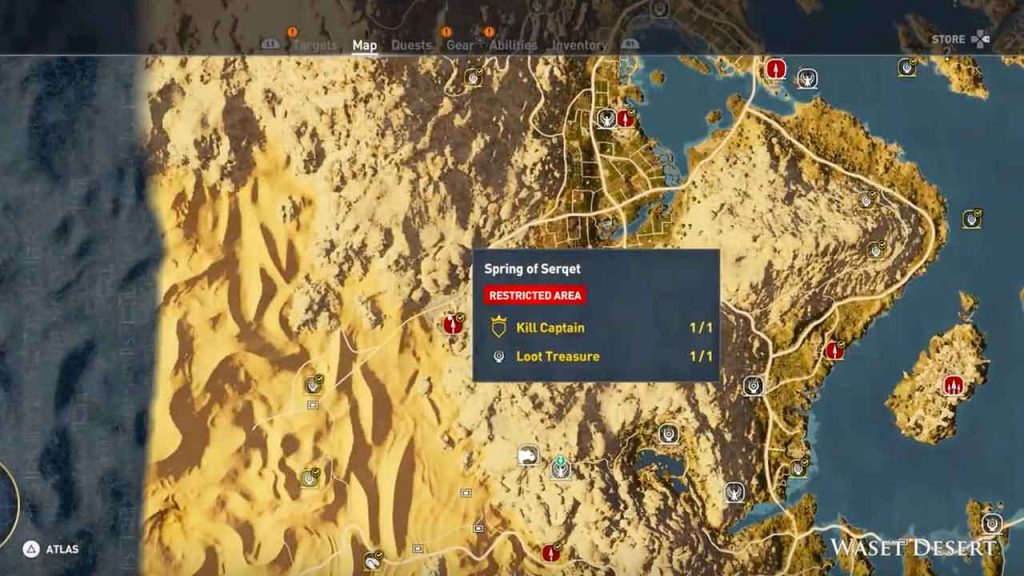