With Pokemon Sword and Shield, Game Freak teams have introduced into the Pokemon universe a new way to exploit the abilities of creatures captured in the Galar region. This is the Dynamax system that can make your Pokemon bigger than average, but also more powerful. If you’re wondering how Dynamax transformations work in Pokemon Sword and Shield, this page explains everything you need to know about them.

We will give you instructions on how to use it in combat and in which situations you can activate it. Or an explanation of how a raid fight against a wild Pokemon in « dynamaxed » form took place.

★ Note – Dynamax is not an evolution of your Pokemon. An evolution is permanent and this is not the case with the function that allows you to « dynamax » one of your creatures. At the end of the process, your Pokemon will return to the initial form with statistics base (before the transformation).

Pokemon Sword and Shield Dynamax Transformation how does it work ?

The Dynamax phenomenon offers new possibilities during the fighting between trainers. Using them during a confrontation will open the way to new strategies. Indeed, using it at the right time can completely change the direction of a fight. As soon as the player activates the Dynamax transformation, the growing Pokemon has access to new types of attacks, so a Scratch attack will become Max Strike while a Growl or Taunt will change to Max Guard for example. These new capabilities are called « Max Moves ». 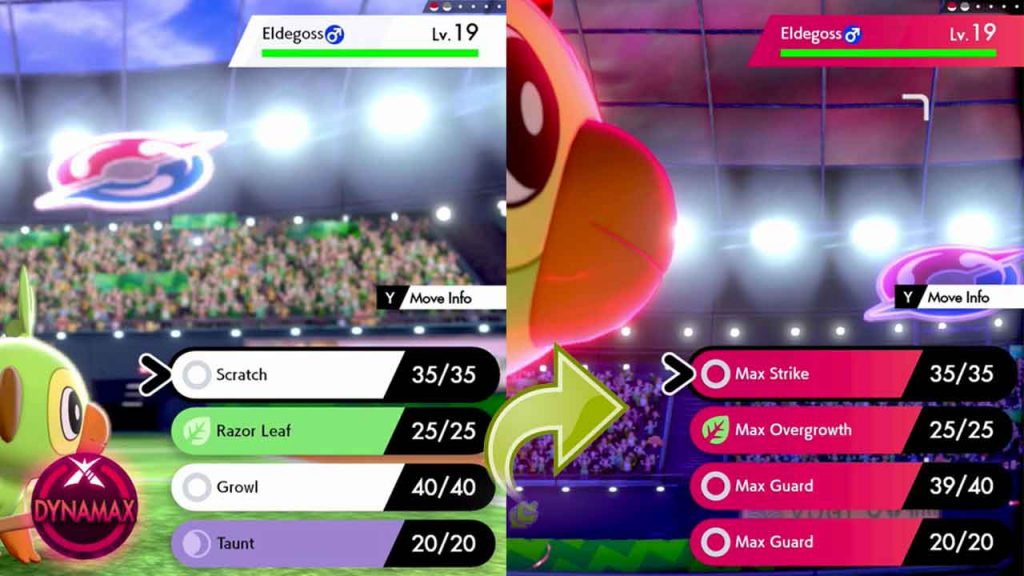 However, as mentioned in our previous note, this phenomenon is not permanent. A Pokémon under the effect of Dynamax will return to its original form after three turns in a combat, and the function can only be triggered once per battle. It will be necessary to determine the right time to activate this feature of Pokemon Sword and Shield. According to Game Freak teams, the best trainers will be those who can master this new dimension of the gameplay.

Where and when to activate the Dynamax transformation of your Pokemons in Sword and Shield ?

To fully understand how Dynamax transformations work, you can count on Magnolia, the professor from the Galar region who is conducting research on this phenomenon and her granddaughter and assistant, Sonia. They will both give you valuable details during your journey to Galar’s lands. 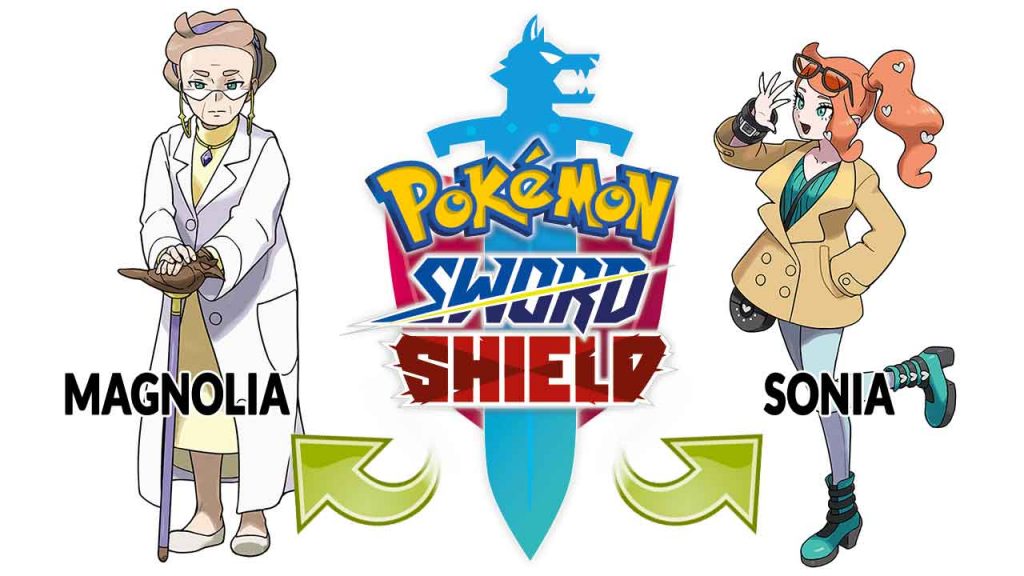 In any case, a bracelet will allow you to transform your Pokémon into a gigantic creature in the Pokémon Gyms / league of the Galar region that have been built in special places that allow you to « dynamaxed » the Pokémon giving rise to a show every minute for the people who come and see the matches in the stands. Note that the gyms champions all have a Pokemon under the influence of the Dynamax that you must face with your own creatures.

What are max raids battle ?

Dynamax Raid Battles occur when four players gather near an occupied den in the Wild Area. Four players playing in cooperation to try to capture a giant wild Pokemon. Pillars of red light appear on the Wild Area when a confrontation with a « dynamaxed » Pokemon becomes possible. 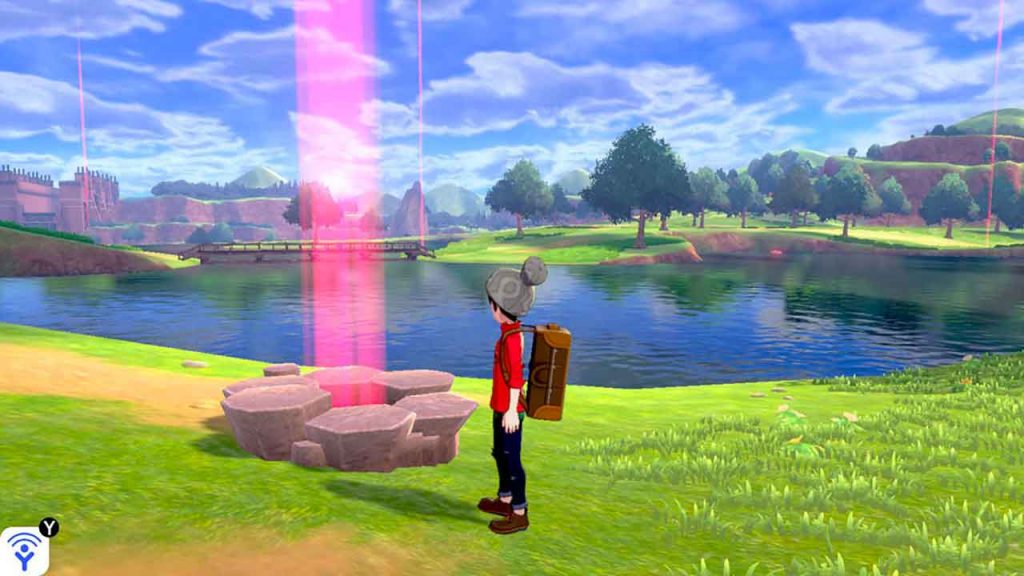 The weather will favour the appearance of some Dynamax raids, this is particularly the case with the Dynamax Lanturn which can for example appear when it rains in the Wild Area or in an area where there is a lot of water.

The « dynamaxed » wild Pokémon do not regain their original appearance during combat, they remain giant until the end of the battle unlike the player who has a limit of three turns when using this feature. Note that although four players may participate in the raids, only one will have the opportunity to dynamax one pokemon.

A Pokemon Raid has the ability to use several moves in one turn. This is due to the fact that four trainers are attacking the monster. These more powerful than average creatures can at any time neutralize the abilities of the trainers’ Pokemon, or remove all status changes. Pokemon raid Dynamax can also create barriers throughout the battle that reduce most damage, making confrontations much more challenging. 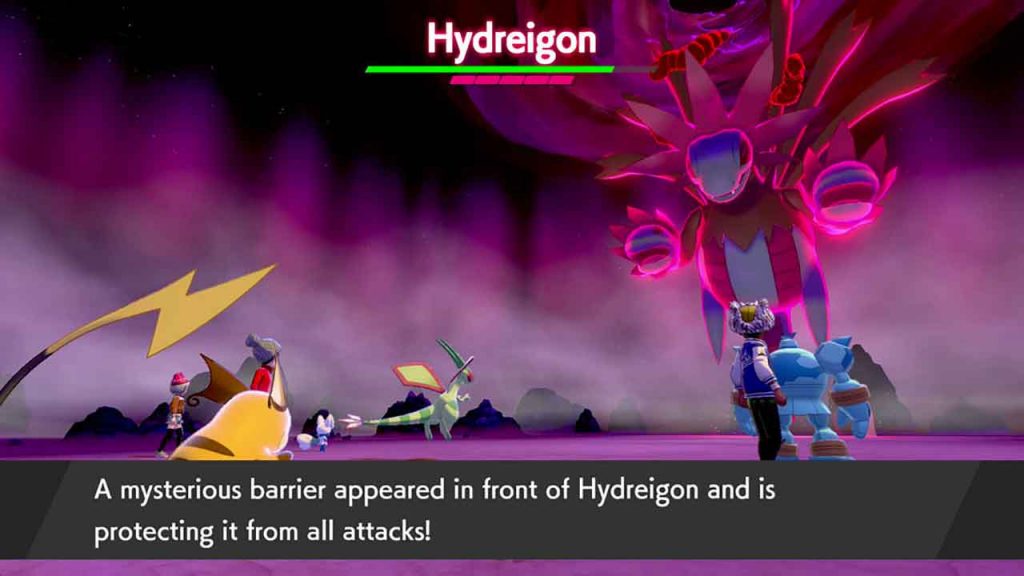 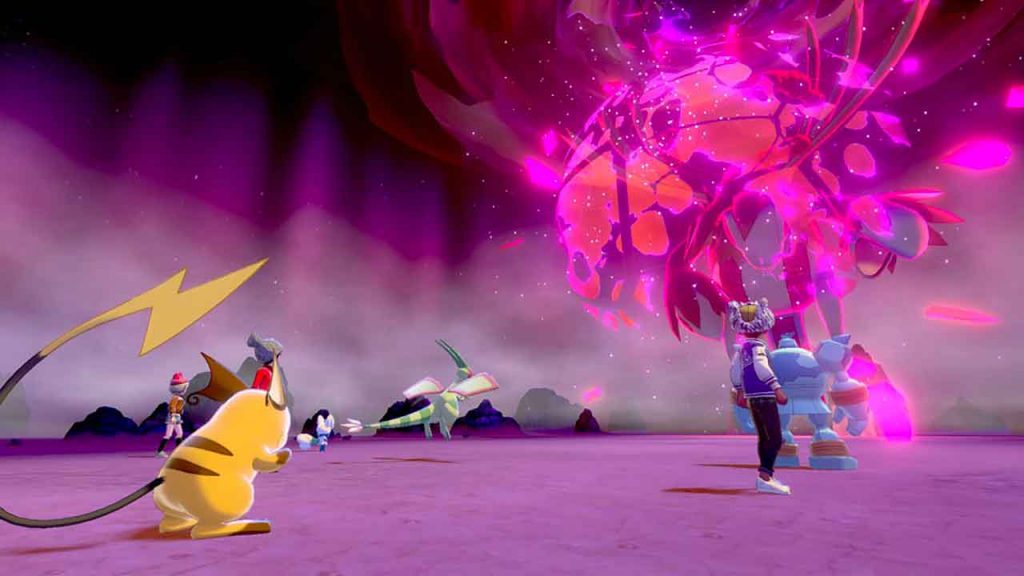 A good preparation of the trainers and Pokemon chosen before the battle becomes necessary. When a player’s Pokémon is eliminated during a Raid, it is not the end for the trainer, he can always help the other trainers still in combat by encouraging them. If one or more trainers win a Max Raid Battle, all participating players will have a chance to capture the defeated Pokemon Dynamax. In any case, all participants will be rewarded with various items.