We are only a few days before the official launch of Kingdom Hearts 3, a title that will have made a lot of headlines since its announcement and has been awaiting by the fans for a long time now. Between Kingdom Hearts 2 which originally appeared on PS2, and Kingdom Hearts Birth by Sleep on PSP, players had to be patient to know the end of the Xehanort arc and certainly the final point of Sora’ s adventures.

But before we know the conclusion of this story, we will have to play many hours and travel many worlds. All players who have played with the license know very well that it is associated with Disney, which means that there will once again be many Disney universes to explore. We have therefore listed all these universes known and confirmed as being present in Kingdom Hearts 3.

The list of Disney worlds and universes present in Kingdom Hearts 3 :

As of January 22nd, we can confirm the presence of 8 worlds related to Disney Pixar’s universes in Kingdom Hearts 3, if this number is definitive (yes according to Square-Enix), it would mean that this 3rd episode contains fewer « Disney » worlds than the previous games in this series. Here is the list…. 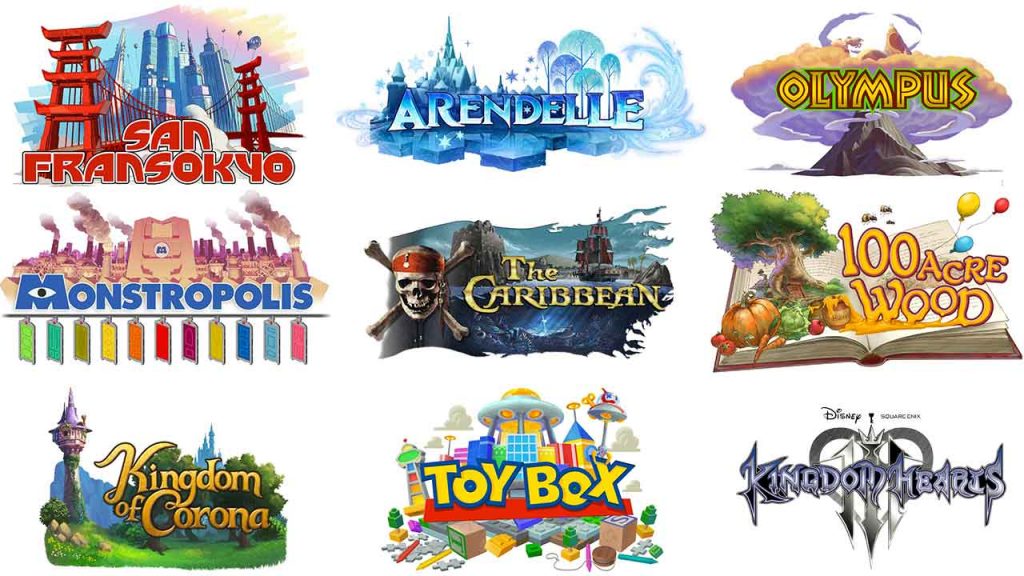 In addition to these eight Worlds, we can also confirm the presence of the Twilight City, the mysterious tower also available in other Kingdom Hearts games and the Keyblades Graveyard which was seen in a trailer of the game.

tips guides and wiki Kingdom Hearts 3
Share. Twitter Facebook Pinterest LinkedIn Tumblr Email
Previous ArticleWiki: Is it possible to play Resident Evil 2 Remake in VR mode? What you need to know
Next Article Fortnite how to finish all the challenges of the ice storm event to get the Winter’s Thorn Glider