Since the last update of Fortnite Battle Royale, which allowed the game to move to version 2.50, Epic Games has added new Shrines / Temples that players will be able to discover throughout the general MAP. These temples are real loot mines, you will often find several chests, ammo boxes and materials for your buildings. This will allow you to prepare yourself well against other players while avoiding the densely populated areas of the game.

If you want to get a tactical advantage over your opponents, you should check out the location of all Fortnite Battle Royal temples added on the occasion of Chinese New Year. And that’s good, because that’s precisely the purpose of this article, to allow you to locate the exact location of each temple on the MAP before landing with the battle car.

Where to find Chinese temples in Fortnite Battle Royal  :

There are a total of seven sanctuaries scattered over the game’s MAP.  Some of these temples lie between areas of high influence, but there are also lost in the middle of nowhere where players never think to go. Epic Games has added these sanctuaries to the game to allow players to get loot without necessarily having to go to the combat zones. Be careful, for the moment it is not certain that these temples will stay longer after the Chinese New Year… Impossible to say if they will be removed or relooked afterward, but you should take a look at them while they are present !

→ This is where all the temples/shrines of Fortnite Battle Royal are located : 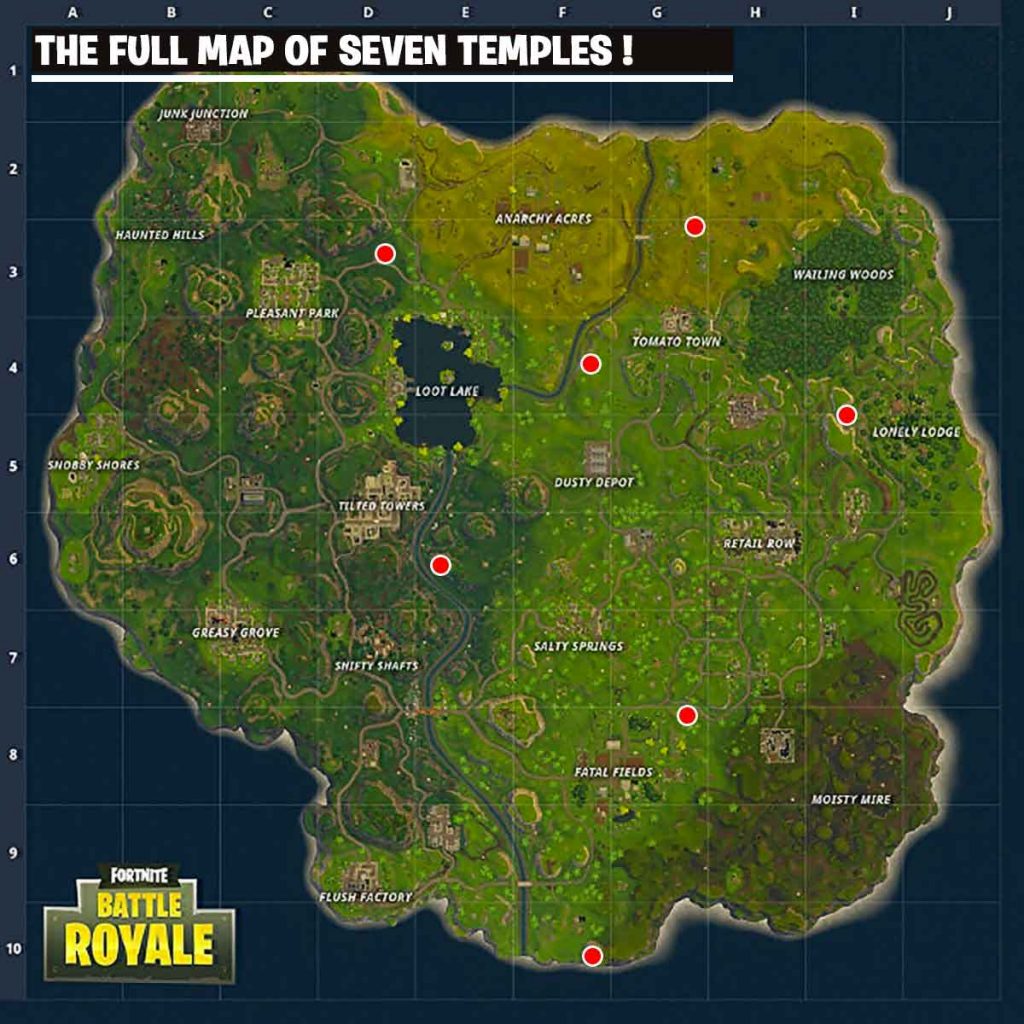