Fortnite’s challenges are available, players will have to venture into the Risky Reels area to collect several chests in order to succeed in one of the challenges of this 7th week of season 4 which consists of recovering 7 chests. Of course, these chests are not to be recovered in one match ! You can throw several matchs to finish this challenge and get your battle stars back.

Unfortunately, we can already see the growl of the players with this challenge since obviously many players go into the Risky Reels area which makes it almost impossible to open the boxes. Nevertheless, we can facilitate your access to these chests, they appear at random fixed points between each matchs of Fortnite Battle Royale. We have listed these places in Risky Reels for you to know exactly where these chests are likely to appear during a game. Note that one of the boxes is outside Risky Reels at the top right of the map.

We hope that with this MAP, you will have more ease to open safes from Fortnite’s Risky Reels area and thus validate your challenge fot this week 7. 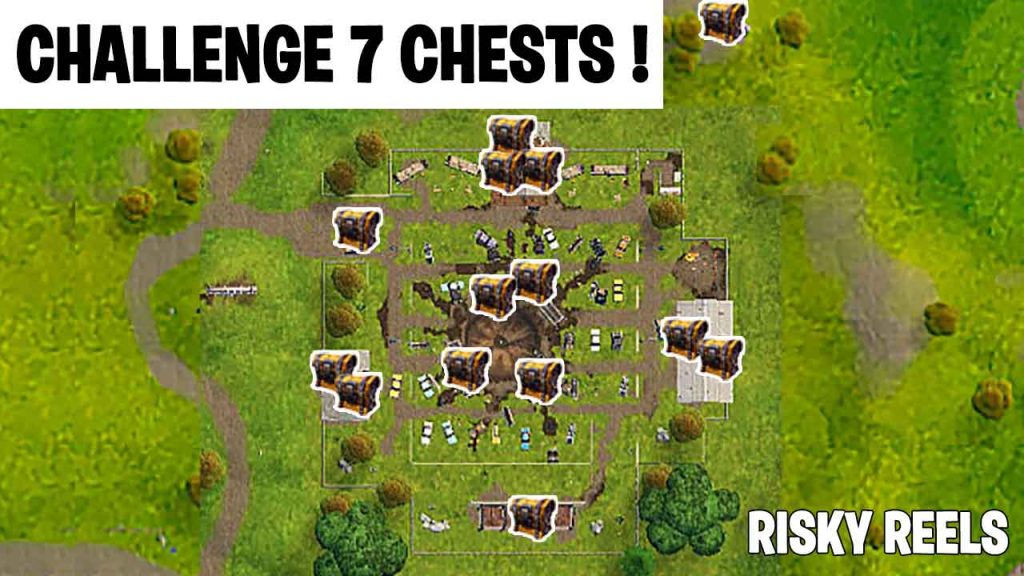