In Call of Duty Black Ops 4’s Map Nine (IX), players face hordes of zombies in the heart of a Coliseum, the goal being to unravel the mysteries in order to help Scarlett (main character of the zombies mode) find her father alongside her friends Diego, Staton and Bruno.

One of the first steps of the Black Ops 4 Map Nine (IX) is to find and activate the Pack-a-Punch Altar to give a good boost to the weapons recuperated on the walls or in the mystery box. If you don’t know where the Pack-a-Punch is in the MAP IX of Call of Duty Black Ops 4, follow the guide… We explain everything you need to know next !

MAP IX of Call of Duty Black Ops 4 how to activate the Pack-a-Punch machine :

To activate the Pack-a-Punch of Map IX, it will be necessary to ring four gongs that are located in the rooms of Ra the solar god, Danu the mother goddess, Zeus the sky god and Odin the father of the gods. Each time you activate a Gong, a boss or champion will appear. These are gladiators in armor or fierce tigers whom you will have to fight and kill to reclaim four heads corresponding to Ra, Dana, Zeus and Odin.

You can sound the MAP gongs in any order you want, the purpose being to gather the four heads and place them at the altar in the center of the temple room in the cellars of the map.

✩ Note: you can see which area of the MAP you are in by looking at the top left of your screen. You will see written temple, drawbridge or even the altar room of Zeus depending on where you are located which will allow you to orient yourself quite easily on MAP IX. 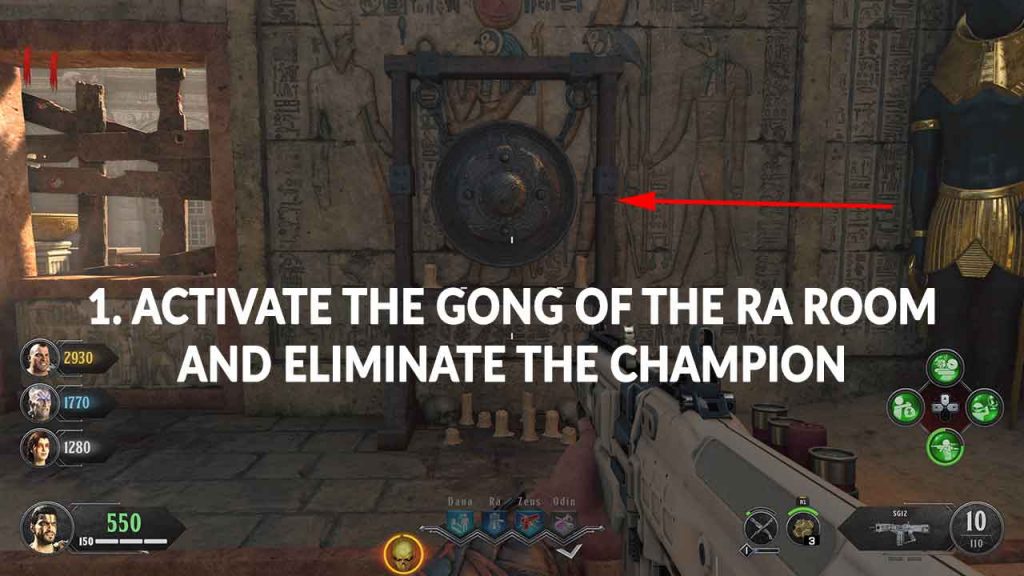 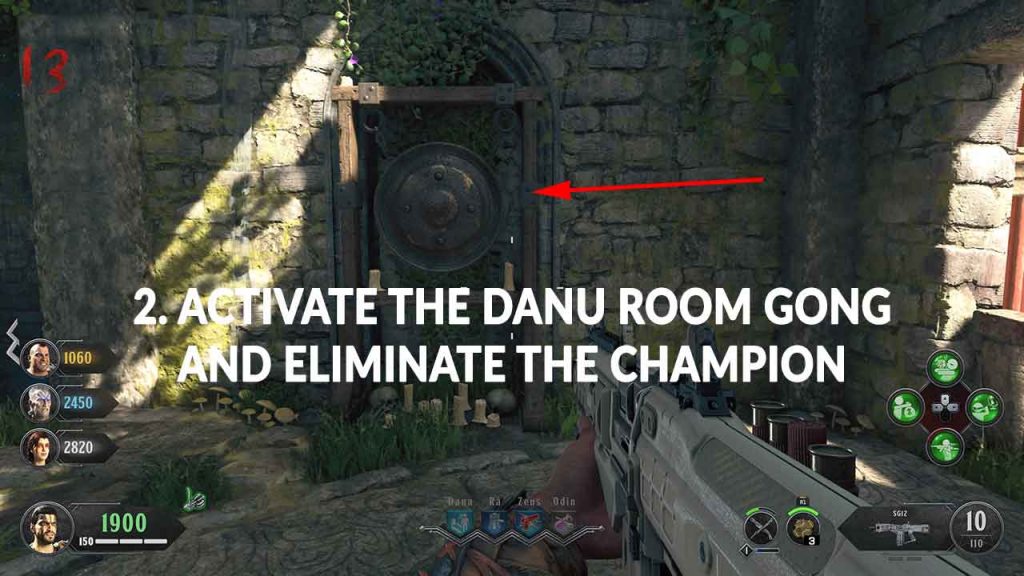 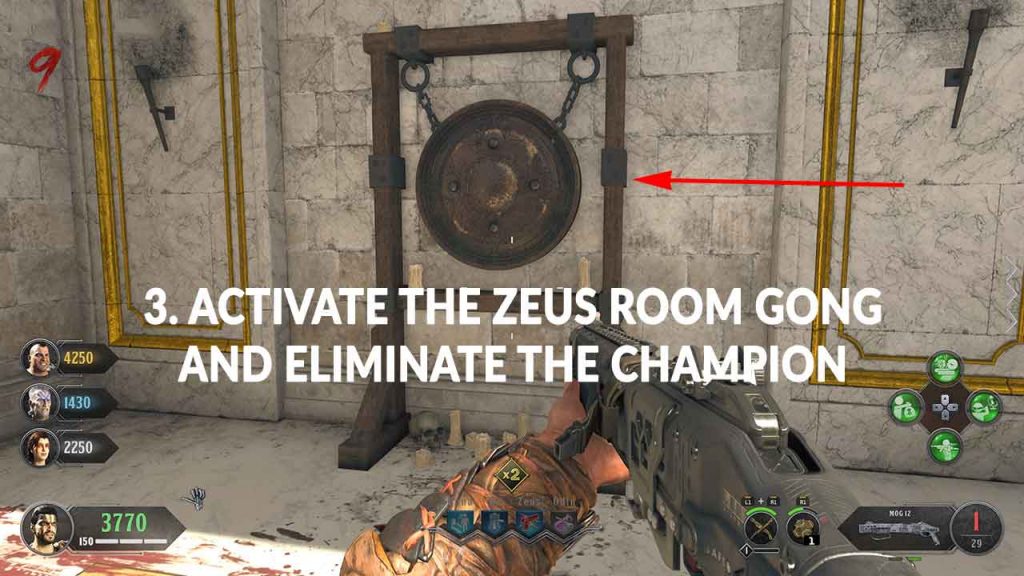 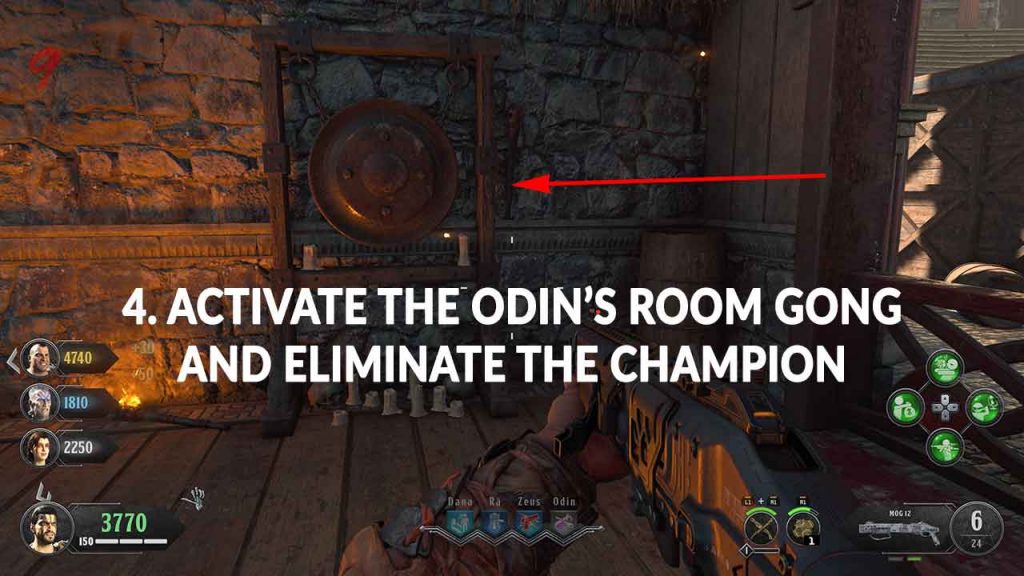 Find and activate the sacred altar Pack-a-Punch on the Map Nine (IX) of Black Ops 4 :

Go to the underground basements of Black Ops 4’s Map Nine (IX) and enter the « Temple » room. You will see a kind of altar in the middle of the room. Place the four skulls corresponding to the gods Ra, Danu, Zeus and Odin champions on it and you will finally activate the machine of the Pack-a-Punch that will allow you to improve your weapons. 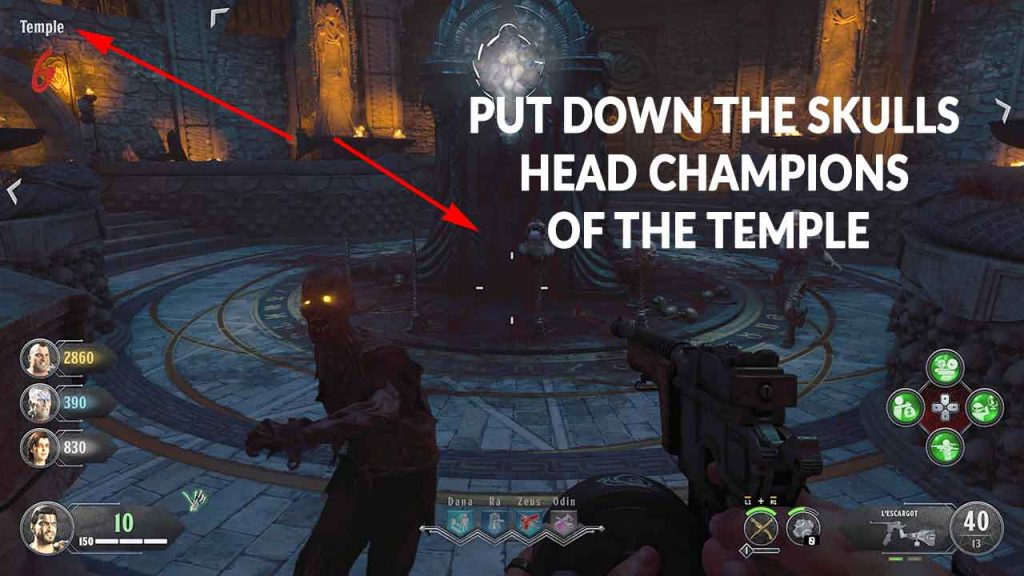 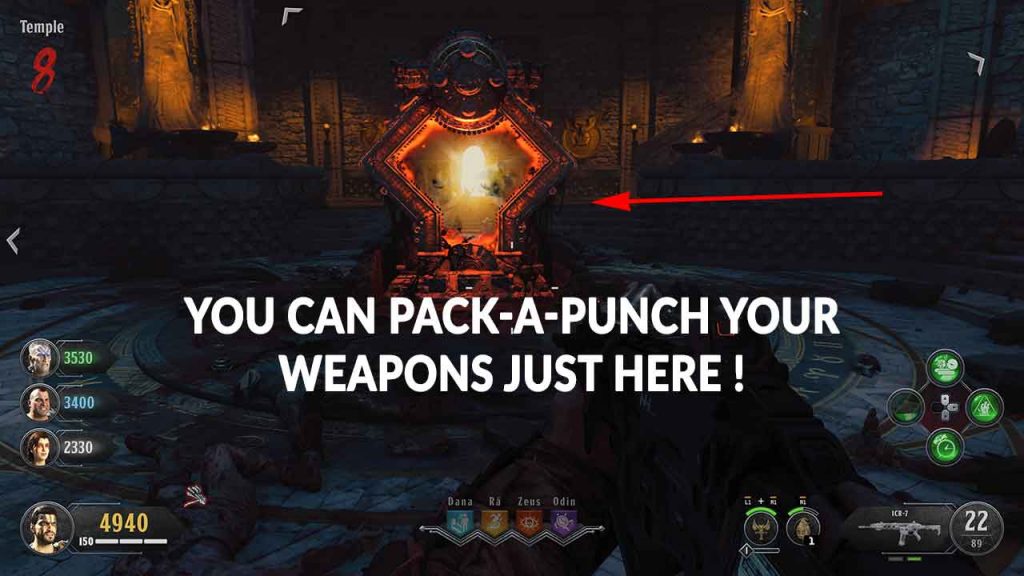 You will have to spend 5000 points to improve one of your weapons for the first time, then between 1500 points and 2500 points for subsequent improvements that will give an extra boost to the power of your weapons.