After a long waiting period, Brawl Stars is finally available for everyone on iOS AND Android. This title has been awaited by mobile players since it is the developers of SuperCell. The ones who have developed big mobile and popular titles like Clash of Clans, Clash Royale or Boom Beach….

Brawl Stars is a multiplayer and competitive fighting game, players fight in arenas (3VS3) as in a MOBA (Multiplayer Online Battle Arena) and unlock new characters (brawlers) as they win trophies, which allows to determine the level of play of one player compared to another and this data is found in most of SuperCell’s productions.

If you are new to Brawl Stars or want to learn a few useful things about the game, we’ve prepared a variety of tips and tricks to help you improve and understand the gameplay more fully.

Tip 1: Don’t spend your gold coins and gems for nothing :

By playing Brawl Stars and because the game is intended to be Free To Play, you will win two types of coins, standard coins and gems that are more premium. Whether it is one or the other, do not spend your economy blindly without taking the time to think.

The game store will regularly announce daily offers or deals of the day, kinds of virtual promotions that make you think you are doing a deal. However, this is not always the case, if in the special offers you see coins and power points, know that it is not worth the amount in gem spent.

Similarly, you can spend a few standard gold coins for power points, don’t do it either. You will gain these power points naturally by playing the different modes of Brawl Stars. All you have to do is be patient and keep your savings warm for real opportunities, such as improving your brawlers (characters) that require gold coins and power points. The gems, spend them only during a deal of the day on a Mega Box for example or for a doubler token or tickets event and only for this kind of deal otherwise keep them until you see a real good opportunity.

Note that it is useful to make a regular jump into the game store, you can sometimes get power points for a certain brawlers (character) without spending anything or doubler tokens. A really special offer also appears in the shop every 5 rows and can be good opportunities to get Megaboxes at a lower cost in gems… Think about it!

Tip 2: Be careful with your life points and ammunition :

In Brawl Stars, you will be tempted to push the team back by being aggressive, but if there is no synergy between your game and that of your teammates you have a good chance of dying in a few seconds making your playing experience frustrating. When playing Gems Grab for example, stay in the middle of the area, the goal is to collect as many gems as possible to end the game. All you have to do is keep control of the area and only shoot when an opponent is really to be carried with your weapon.

If you empty your magazine on an enemy to carry, it is likely to stay there…. Better still, you also have a good chance of being able to start your special if you have handled the situation well. Be careful though, if things didn’t go well with the opponent on the other side, don’t be afraid to step back while your health gauge and ammunition reload to try an assault again. If you do not back down and you are without ammunition, you have every chance of being killed….

Find the right balance between defensive and offensive play! The first games should be easy if you understand it early enough, because new players who don’t learn do not really know how to react on the field, which makes them easy targets to eliminate!

As you play, your game trophies increase or decrease according to your performance in the arenas, whether in team, duo or solo cooperation. These trophies give you benefits or at least regular rewards! In the game menu, click on your player « nickname » at the top left to get the rewards for the current season.

In addition to unlocking new characters (brawlers) to test in combat, you will also regularly get brawl boxes, big boxes or even mega boxes. Trophies are also an opportunity to get tickets that double the tokens won, power points for a brawler of your choice and a whole bunch of other rewards. Remember to check regularly to see if your trophies won do not allow you to get new rewards!

Tip 4 – Play with all your characters to quickly build your trophies :

Don’t focus on just one character (brawler). Please note that the matchmaking of the game is determined by your trophy level. The more you have, the more likely you are to play against Brawl Stars regulars, which will make your matches more difficult, and therefore may discourage you from learning to use the other characters in the game. However, using all your unlocked brawlers to an advantage, you can win more total trophies and thus unlock trophy awards (see previous tip) faster.

Indeed, each brawler at his trophy level, trophies that accumulate between each character to create your total trophy win. It will be easier to win trophies on a character who has 50 trophies than another with whom you already have 400 trophies… To play with all the characters, you will in any case become more versatile which will make you even better over time! 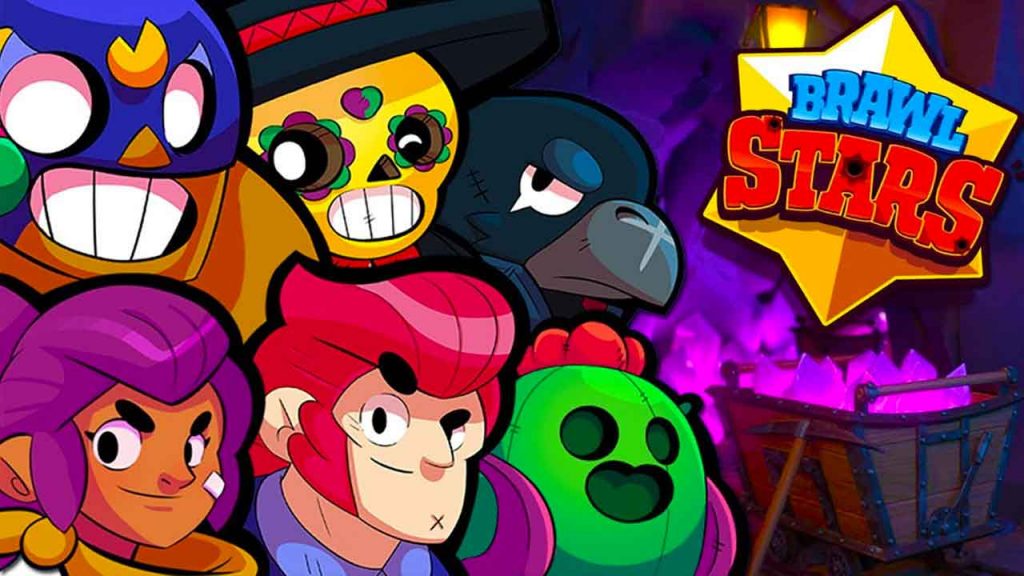 Tip 5 – Multiple brawlers for multiple game modes, but not only :

This is another factor to take into consideration in Brawl Stars and will make you more flexible as explained in the previous trick. Not all brawlers are equal and each character in the game will be more useful in one situation than another! Test the different characters in all Brawl Stars game modes to determine which one is more appropriate for a situation and a game goal… Also consider whether you will play alone, in pairs or in teams of three.

One thing to know too, by playing regularly with all the characters, you naturally learn from their strengths and weaknesses. It allows you to know the range of effect of a weapon and the behavior of an ultimate attack, which will give you a head start when you find yourself in front of a specific character on the opposing team.