The road will be long to reach the final tiers of Fortnite’s season 3 battle pass. No less than 100 tiers separate you from the ultimate reward. If it was already known that the 100th tiers allowed to recover the epic skin « The Reaper » (which is part of the Hired Gun set) another secret reward is to be unlocked by reaching the 100th tier of this battle pass.

Indeed, when you’re at the 100 tier, you’ll unlock a new list of challenges that will allow you to get a new glider called High Octane, which is also part of the Hired Gun set.

To get it, you will need to complete the following Tier 100 challenges :

Note that to unlock this legendary secret glider you will have to finish 5 of the 7 challenges. Once you have met 5 of the conditions, you will be able to get off the battle car with your High Octane Glider (operating at maximum horsepower and part of the Hired Gun set). 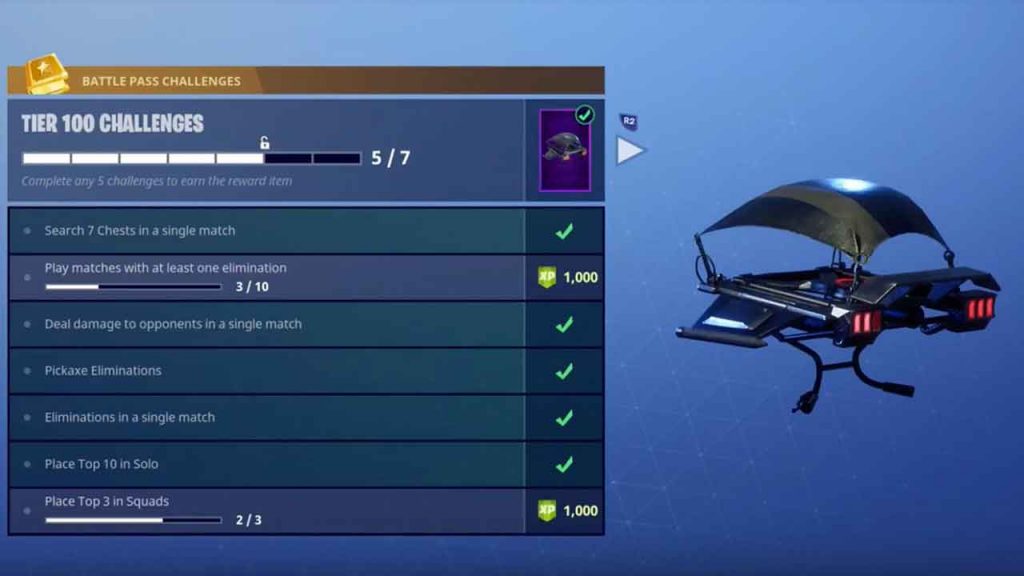