These ancient stele are rather useful since they allow to get an additional ability point for Alexios or Kassandra. Once you have reached the maximum level for your character in Assassin’s Creed Odyssey, you can continue to improve the hero’s skills / abilities by completing all the tombs of the game.

We will explain to you through this page everything you need to know about the ancient tombs of Assassin’s Creed Odyssey in addition to offering you at the end of the page a map of the game world with the location of all the tombs you can locate.

☆ Hint : There are a total of 22 tombs to discover throughout ancient Greece, which will give you a total of 22 additional ability points to distribute in the Hunter, Assassin and Warrior skill trees of Alexios / Kassandra.

How to find ancient stele in the tombs of Assassin’s Creed Odyssey :

When you enter a tomb, the first thing we recommend is to light your torch. The tombs are like little puzzles that you will have to solve to get the main treasure, namely the ancient stele. Of course, you will find other treasures in the tombs, chests, some of them epic, which may contain equipment/weapons and even materials.

☆ Tip : Before entering a tomb, use Ikaros, your eagle, to scan the area and see how many chests are in the tomb you are about to visit, as well as reveal the exact location of the ancient stele, which will give you an extra point of ability when you get it.

The main enemies you will encounter in tombs are snakes that can kill you in seconds if you are not vigilant enough. We advise you to throw your torch or shoot arrows with your bow to easily eliminate these reptiles. It is not advisable to choose a hand-to-hand approach, snakes are often in groups and do a lot of damage when they bite you and inject you with their venom.

In addition to snakes, poisonous, you will encounter many spade traps. If you feel that you have engaged a pressure plate, it would be wise to roll quickly to avoid being caught in a trap. 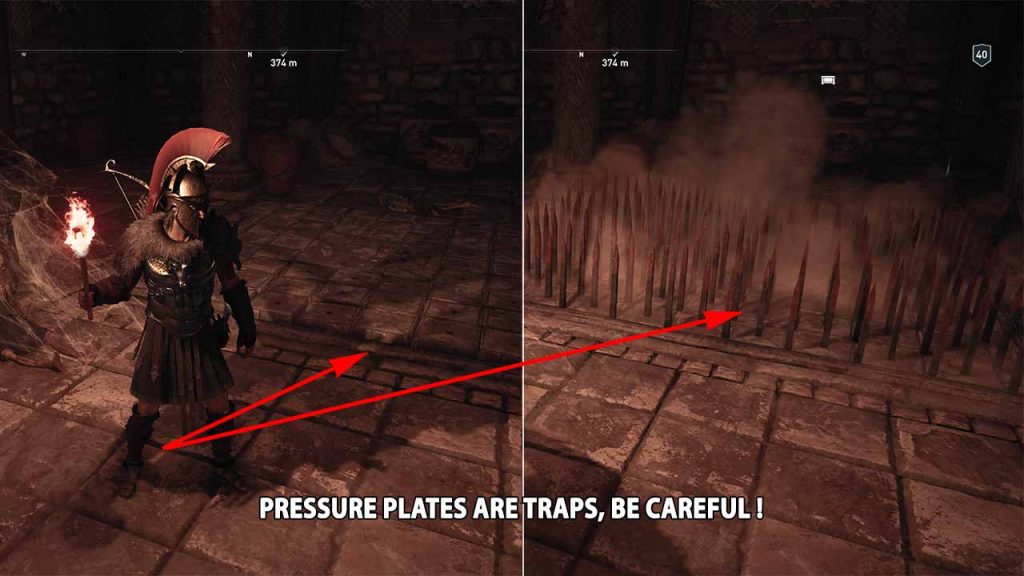 The path and puzzles of the tombs are not very complicated to understand, but some epic chests can be difficult to access. Indeed, be careful with the destructible walls of tombs. Simple jars can also hide access behind a wall that will lead you to a treasure chest. Be an observer and you can loot all the treasures and obtain all the ancient stele from the tombs. 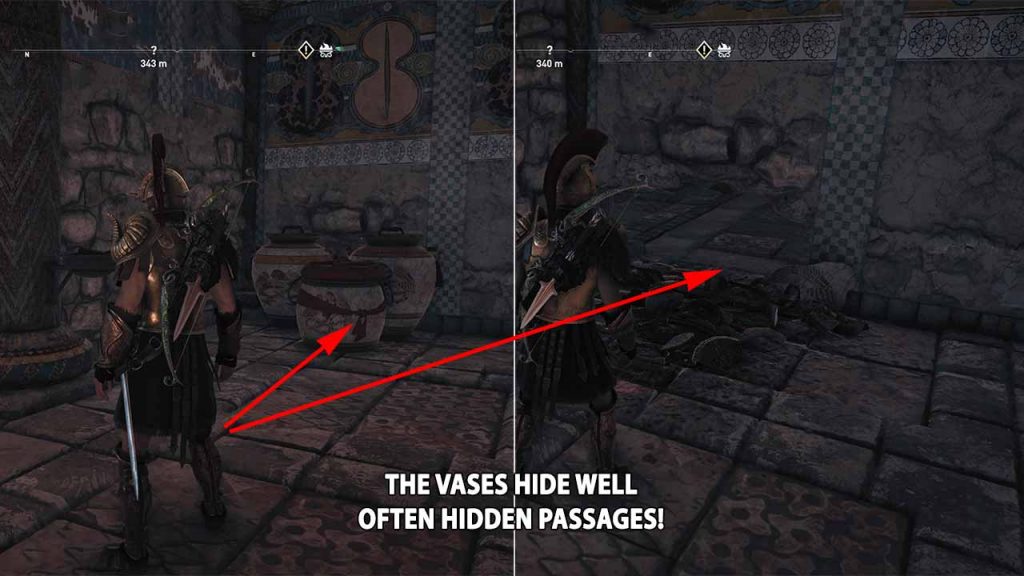 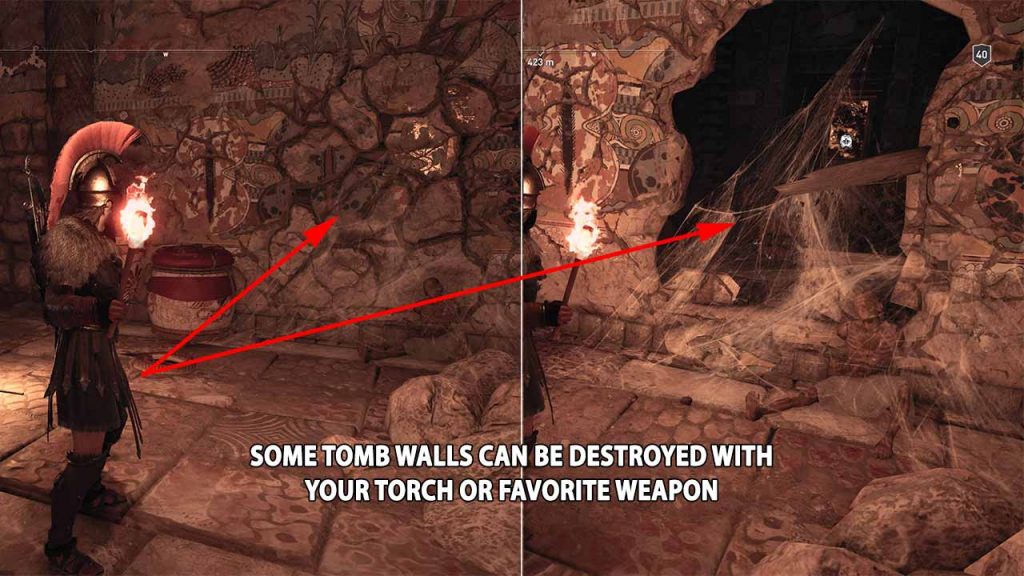 The list of Assassin’s Creed Odyssey tombs with their locations on the world map :

At the end of the page you will find a map of the world with the number of each of the tombs indicated in the table below which will allow you to quickly identify the position of the tomb you want to visit in the game.